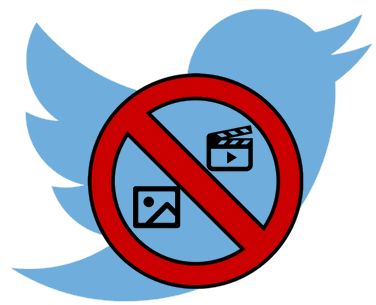 How to block photos and videos from Twitter timeline:

As I mentioned, there is an inbuilt option called “Data Saver” to disable images and videos in Twitter Lite. Twitter Lite is the mobile website of Twitter. Of course, you can use this on desktop PC as well. The primary purpose of this feature is to reduce the data consumption of Twitter. So, when you enable this feature, Twitter does not even download the photo or video to your PC. However, it shows a blurred view of it, so that you know that there is some media with the tweet. It also displays the total size of the media and the option to download it, as shown in the screenshot below.

To enable the “Data saver” feature of Twitter Lite, first, click on your profile picture and then enable it from the menu, as shown in the screenshot below. 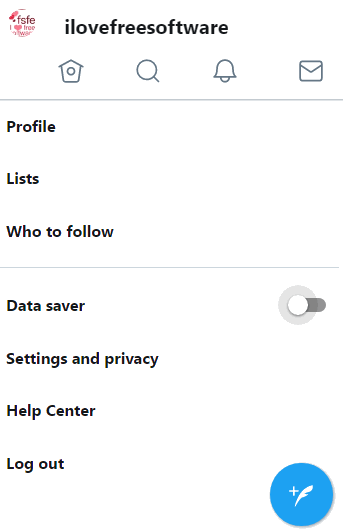 Now, move to your Twitter timeline and you will just see the blurred image or video thumbnails and its size. If you want to see the complete image or video, then click on the “Load image” button to download and view it.

If you encounter any problems while following the steps, check out this easy to follow video tutorial from our YouTube channel named ilovefreesoftwareTV.

How to hide photos and videos from Twitter timeline using Twean Chrome extension:

Well, you don’t have to do anything tricky in this method. After installing Twean, open its Options page and enable the “image and video previews” option.  To hide other sections of the Twitter website i.e. Trends, Who to follow, etc. you can select them also from the Options page, as shown in the screenshot below.

Now, open Twitter and you will see that all media content including images and videos are hidden from your timeline, as shown in the screenshot below. 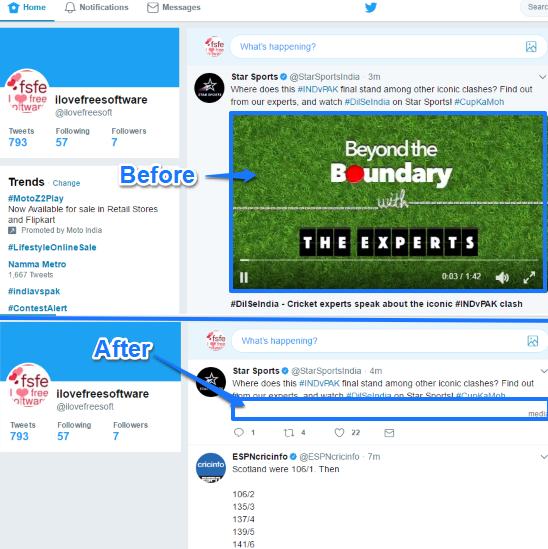 If you later miss those videos, photos, and GIFs from Twitter, you can choose to load them again. Open the Options page of this Chrome extension and uncheck the “image and video previews” option. After that, reload Twitter to see all images, videos, etc. on your timeline and tweets feed.

This tutorial explains two simple methods to hide photos and videos from Twitter timeline. The first method can be used in any browser and the second one is primarily for Chrome users. I will recommend you to check out the Twitter Lite method as it gives you the flexibility to choose which media content you want to view on Twitter. If you want a neat and tidy Twitter interface, then the Chrome extension mentioned above is better.