Fixel is a free iPhone app to remove objects from photos. The app is developed by the giant software maker Adobe. This app comes with an easy to use interface to easily remove objects from photos. The app is awesome as you don’t have to accurately select the particular object for removing it. You only need to roughly select the area by swiping on the screen, and app automatically detects the object. You can also perform unlimited undo for achieving the desired results and remove objects perfectly.

According to Adobe, Fixel uses the same advanced content-aware technology which is already used by them in Adobe Photoshop. So, using this app means carrying Adobe Photoshop in your pocket as far as the feature of removing objects is concerned. The app also lets you share the edited photo with others. 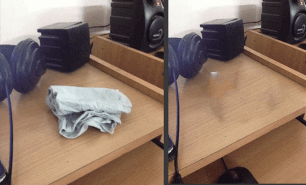 Note: This app is a part of Adobe’s research project. They use your images for a learning algorithm to tune up their future imaging technologies. But, you can disable this feature from Settings if you don’t want to share your images with Adobe.

How to Use iPhone App to Remove Objects from Photos:

Fixel app doesn’t ask you to login with your Adobe ID or any other social networking account. You can start removing objects from photos straightaway. On launching the app, you will see the interface as shown in screenshot posted below. The app lets you either click a new photo or import an existing one from Camera Roll. Tap on the + icon at bottom left corner to choose your preferred method.

The app will take some time to patch the photo. This time varies with the size of object which you are removing from photo. After the completion of process, you will see the photo without the object. Tap on Share option to share the photo. If you want to undo any change, then tap on Undo option. The app lets you do unlimited Undo and Redo. 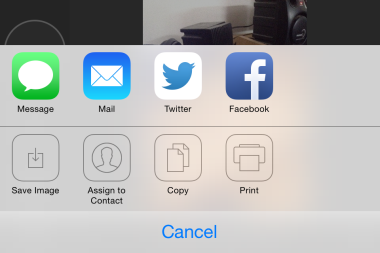 You may also like: How to remove objects from photos.

Fixel is a good iPhone app to remove objects from photos. The concept is really good but in my opinion, the app still has room for improvement. If the two drawbacks mentioned by me are rectified, then this app will be awesome to have on iPhone. Do give it a try.