Turbo Launcher EX for Android is a free launcher for Android which is easy to use and is super smooth. A high speed 3D engine technology powers the launcher. Also the optimized UI design and interactive experience further enhances the user experience.

Turbo Launcher EX comes with lots of free downloadable themes, cool effects on the home screen as well as app drawer, and custom widgets. This app features a simple flat design which looks great and modern. Despite all its effects, Turbo Launcher EX for Android does not slow down the device. 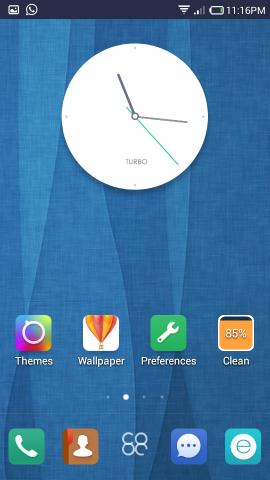 You can get this free launcher for Android from the link or QR code provided at the end of this review. When launched, you will have the welcome screen as seen here, after which you will have the launcher running. You can see that Turbo Launcher EX features a clean and flat design which does look nice. By default, there will be four home screens to which you can add more if you like. To get this view, simply pinch on the home screen. 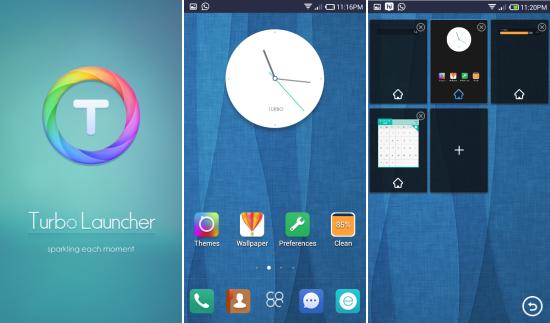 Tapping on the menu button on your phone will bring up the options as seen here. From here you can access preferences of the launcher, themes, device’s settings, and more. Now if you slide this bar to right, then you can access the music playback options and sliding again will reveal the quick toggles. 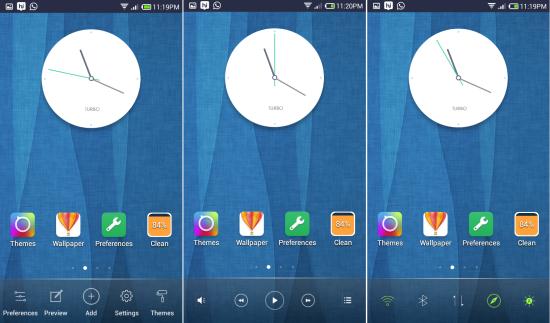 You can also get cool new themes of the launcher; just tap on the themes in the options menu and you will have the options to browse and download new themes, along with wallpapers and widgets. These are completely free. Below you can see that I have selected a theme which completely changes the look of the device. 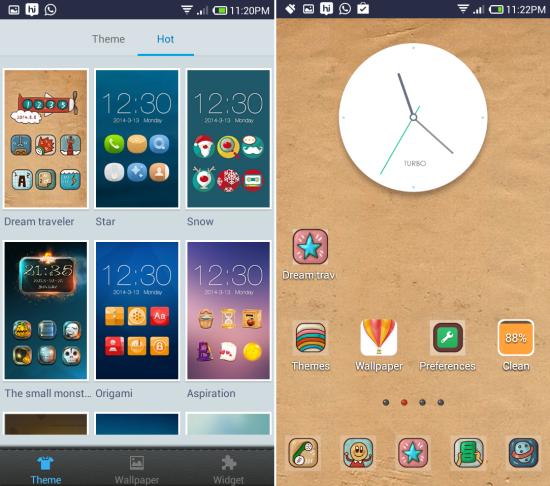 Use the add option from option menu as shown earlier and you will have the option to select effects, change wallpapers and theme, add apps, shortcuts, folders, and more. 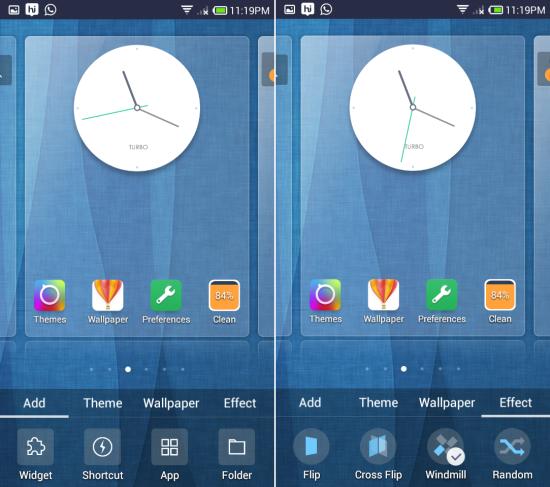 The app drawer in Turbo Launcher EX for Android features a simple interface. Access the option for customization by tapping on the menu button. Also, you get the ability to uninstall apps directly from here by tapping on the trash button located on the lower left hand side. Like the home screens in Turbo Launcher EX, in the app drawer also you get a host of funky and cool effects. Below you can see the tornado effect in action. 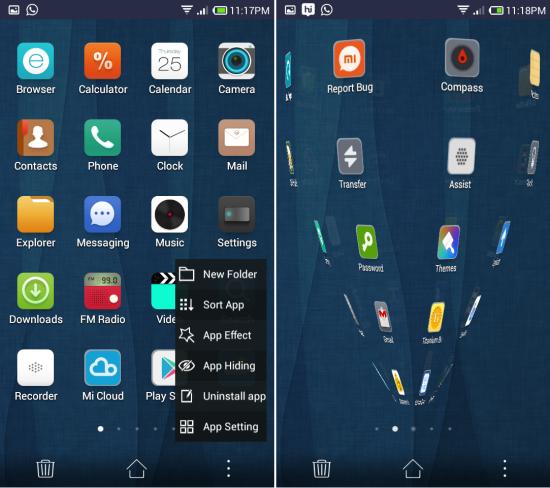 Get Turbo Launcher EX for Android for here or scan the QR code below. 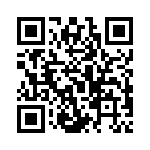