BitTorrent Now is a free Android app where users can stream music and videos created by indie artists and the underground music scene. You must be wondering if it has anything to do with torrents and piracy. Let me clear the air by retorting: No, it doesn’t have anything to do with piracy. As many of you might know, most peer-to-peer services are used by Indie artists to share their beautiful work. BitTorrent is focused on that specifically. They created a platform where indie artists can launch their art and indie lovers can enjoy that art.

BitTorrent Now is available on Web, Android, iOS and Apple TV (Read more about BitTorrent Now for Web). The Android App of BitTorrent is quite different from its web app. The web app has more features than its Android counterpart but it proves to be slightly complicated in use. BitTorrent on Android can only be used to stream music and videos that the uploaders have marked free. The Android version doesn’t provide options to download the premium bundle either. Morover, you cannot publish your work on Android. 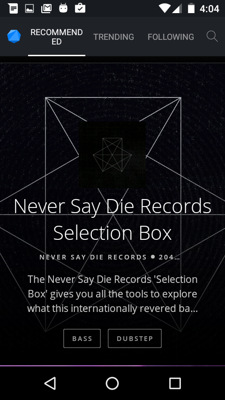 If you still want more music, make sure you check out these 5 music streaming apps on Android. However, these apps also tap into mainstream media. So if you’re a hipster, you’re better off with BitTorrent Now.

How to Use BitTorrent Now’s Android App 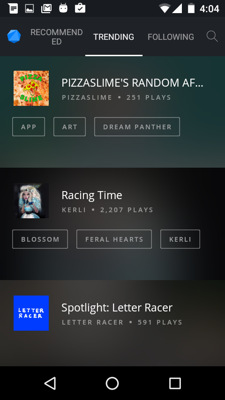 You really don’t have to do much when using BitTorrent Now on Android. Just plug in your earphones and relax on your couch. A much better use would be in parties where you can connect it to the speakers. As you log onto the app, you’ll see three different tabs: Recommended, Trending and Following. To see the most viewed /listened content, switch to Trending. Recommended tab showcases featured music and videos. 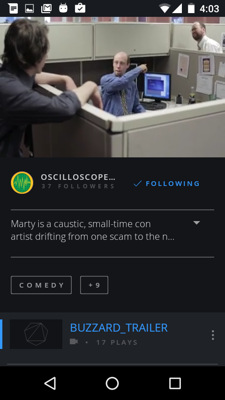 When you select a song or video, it will direct you to that artist’s page where you can Follow that artist. The content will be played on a video player. If you scroll down you’ll see rest of the playlist. The audio/video keeps playing even when you minimize the app. 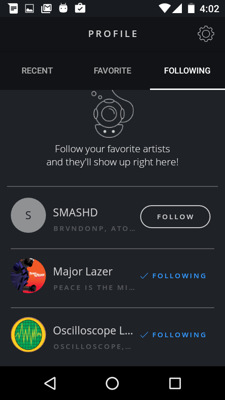 The recent content you have browsed can be accessed on your profile by touching the BitTorrent Now logo on top left. Select Shuffle to shuffle play the audio and video. Artists that you follow can be seen in the Following tab. Favorite tab lists artists you have favorited.

Using BitTorrent Now on Android is way easier than its web app. But unlike the web app it carries a few problems. The application might become glitchy at times and causes a black screen/delay in the video’s playback. I award BitTorrent Now’s Android app with 4.7 stars.