AVI Recomp is a free AVI compression software that can be used to re-compress the AVI media files. AVI , now being used predominantly as the media file format can be re-compressed/ re-encoded  using this freeware.  AVI Recomp uses XVID codec to recompress AVI files, and installation file of program contains all the required components (including XVid).

Re-compression process can also be used to control the abnormal spikes in the bit rates in the media file. 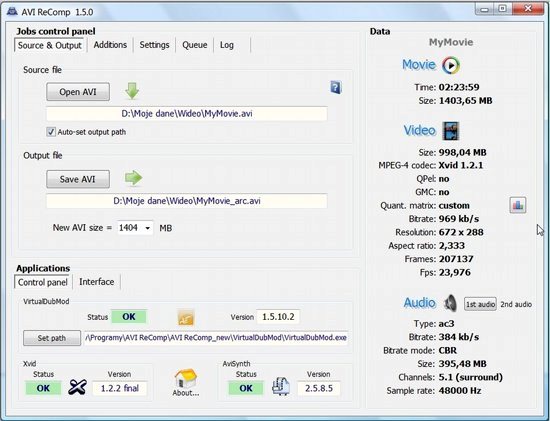 With all these features the software is extremely simple to use and with an intuitive interface with support for multiple languages, this freeware is efficient in re-compressing and enhancing the AVI files.

Download AVI Recomp and start compressing your AVI files. The file is as small as 12 MB in size and can be installed in a few seconds.