Master of Words is a free Windows 10 multi player word search game. In this game you have to construct words from a word grid and each word you create will fetch you points. Longer the word more points you earn. A unique thing about this game is that people from all around the world play on the same board at the same time. So at the end of the game, you can see your ranking worldwide among players.

The Windows 10 multi player word search game app can be downloaded from the Windows 10 store or from the link given at the end of this article. When you start the app, you will be given a small guided tour of how to play the game. After this you have to choose a screen name and country flag for yourself. Now you can start playing the game by clicking the start button. 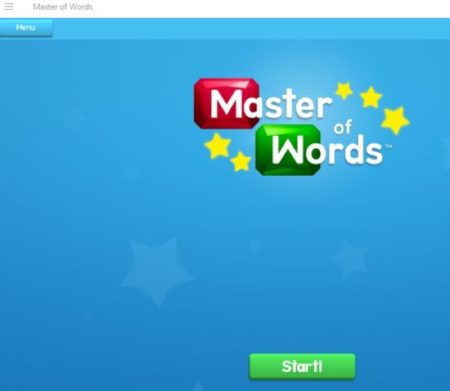 When you click the start button you will be taken to the game board as shown in the screenshot below. 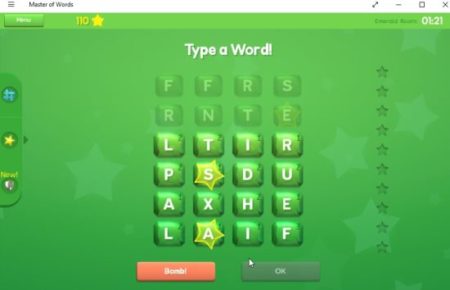 You have to start constructing words from the word grid given on your screen. The letters with stars on them fetch you more points when used in constructing words. You get a total of 2 minutes time to create as many words as you can. At the end of each round your scores are compared with scores of players from all around the world. Based on which the worldwide rankings are decided. The below screenshot shows the worldwide ranking chart. 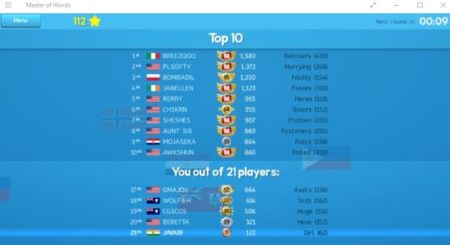 The game can be played in two languages that is English and Portuguese. Each letter in the game has its own score, so longer and non frequent words fetch you more points. At the end of each round you would be shown how many points each word that you constructed got. Then you will be shown your total score for the round and your overall performance so far. 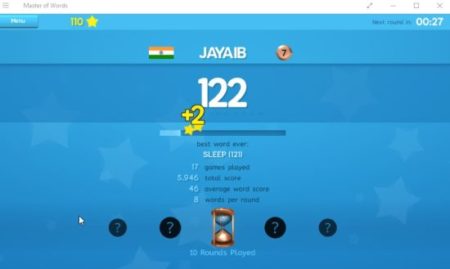 At the bottom of the scoreboard you can see the achievements that have been unlocked or power ups given to you. The settings section of the game lets you turn the sound/music on or off, lets you change the language, change the flag of your country and even gives you an option to upgrade to the pro version if you like.

Master of Words is a nice, addictive word search game app for Windows 10. Once you start playing you won’t be able to stop. I found the game pretty unique in gameplay, and loved the interface of the app as well. It sought of brings out the competitive spirit in you when you seen other players ranked over you. So if you feel like putting your English vocabulary to test then try out this word search game.

Check out Master of Words for Windows 10 here.