OpenStreetView is a free alternative to Google Street View and other similar web applications. It is an open source service by OpenStreetMap. This service is based on crowdsourcing and you can see images of a particular area on the map captured by its users while driving to that particular area. You may see multiple images of a specific location captured on different days and time. So the chances are that you will get updated photos of an area most of the times.

The service is not a complete replacement to other street view services. It is so because where other services come with the bird eye view or with the feature to walk on street virtually, this service shows only the images. Also, unlike other services, there are no company cars to capture the images. Only the users that are contributing to OpenStreetView are there to capture images and store on the servers. It has come with its Android and iOS apps to let users capture images while driving and upload to its servers.

This service is started on a global basis, but there are many countries and locations still left to cover. Currently, the service is doing well in San Francisco and some other cities. 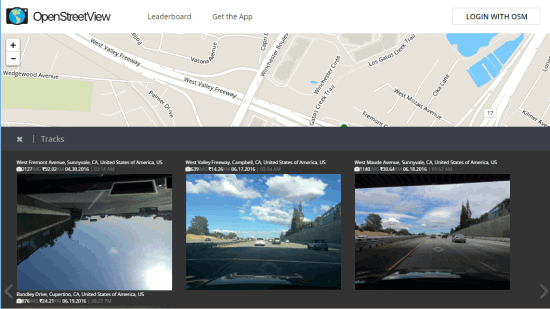 OpenStreetView is a really simple service. Open the homepage and a world map will be in front of you. The map by default opens with San Francisco location where you can see pink lines all over the place. These pink lines indicate the area covered by OpenStreetView users. 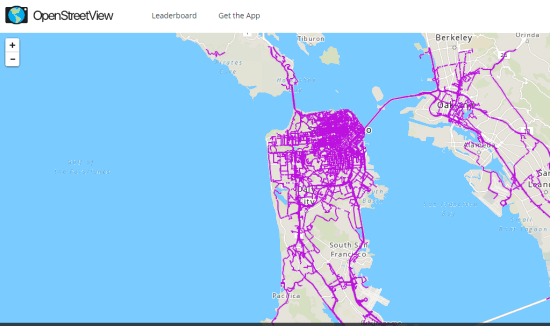 You can zoom in and click on a particular place to view the image(s) added by users. You may see more images some other day for the same place if someone has driven and captured the images of that place. 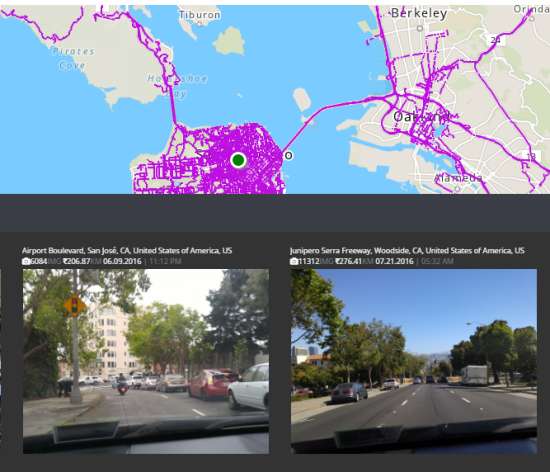 This is what you can do on this service.

There are a few options also available on the service homepage. You can get Android and iOS apps, login with OSM (OpenStreetMap) service, and zoom in/out the map. A Leaderboard option is also available that helps to see the rank of drivers, their usernames, and total distance covered by each individual user. I’m not sure if users are getting any incentive for uploading images or not, but this Leaderboard might help to motivate them to travel and update the database of OpenStreetView. 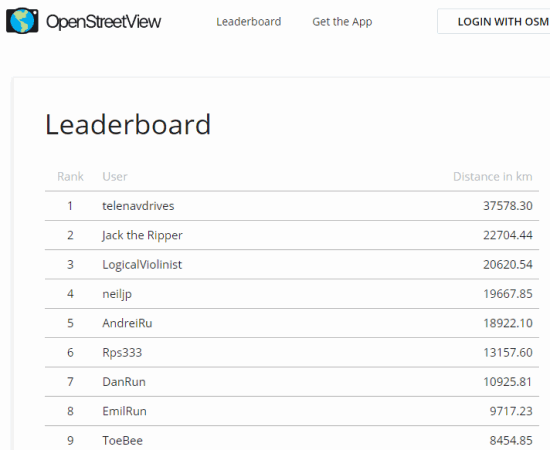 The rank is based on the distance traveled so far and images uploaded by the user. The users are also free to export and edit their data anytime they want.

There is a long way to cover for OpenStreetView. The service has taken the initiative and getting a good response by the people and users who are contributing to this service. The users are uploading photos by their own will. It would be interesting to see if the service can be a better alternative to other street view services, especially the big daddy of them all: Google Street View.