This article explains how to enable picture in picture on the iPhone. Picture in picture is a feature that lets you have a video playing in the background. For example, let’s say you are watching a video in the YouTube app on your iPhone but you have to check your messages. With the picture in picture feature enabled, you can simply minimize the YouTube app. When you do that, the video keeps playing in a floating window on the screen. Then you can interact with the phone ina usual manner and check your message. The popup screen is draggable so if it’s in the way of something, you can move it around and resize.

This picture in picture feature is available in Android ecosystem for a while now. But it finally made its way to the iPhone in the beta release of iOS 14. The picture in picture on iPhone looks more refined and works almost everywhere whether it’s YouTube, Apple TV, a webpage, or other video streaming apps. Unlike Android, it offers multiple size options and you can also hide the video playback and just listen to the audio which is not possible on Android. With that said, let’s check out how to enable this feature on an iPhone. 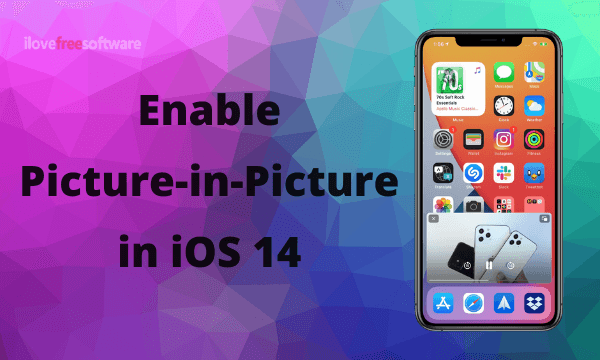 Also read: How to Monitor Earphone Audio Level in iOS 14?

How to Enable Picture in Picture on iPhone?

Before you start, do note that this picture in picture feature is available in iOS 14 only. iOS 14 is currently in the Beta phase with a stable release expected in September or so. Currently, it can only use this feature if you are running the iOS 14 on your iPhone. If that’s the case, you can follow these steps to enable the feature: 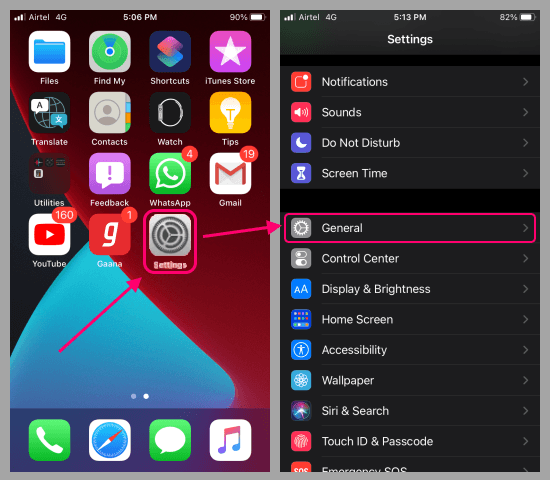 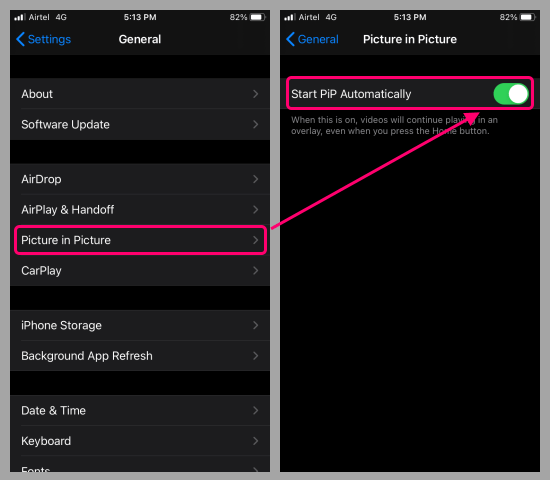 Once enabled, whenever you minimize an app with a video playing, it will automatically pop up in a floating window. The window has playback controls along with options to change the size and close the video in the top corners. You can also slide the window sideways to hide the video and listen to audio-only. This adds a tiny arrow button on the side with that, you can bring the video back on screen.

This is how you can enable picture in picture on the iPhone. This is one of the most awaited features after app drawer (sort of) iPhone users are looking forward to. If you are running an iOS 14 on your iPhone beta then you can get it now otherwise you can wait till the public rollout of the iOS 14.