The app’s features are quite similar to the ones provided in other versions of the app for other platforms. If you want a simple to use feature rich Photo Editor app for Windows 8 then definitely try out this app which annoyingly is just called Photo Editor.

Photo Editor for Windows 8 is available for in the ‘photo’ section of the app store. You can get this Photo Editor app for Windows 8 from the link provided at the very end of this post. When you run the app you will have the interface in front of you as seen in the screenshot below. 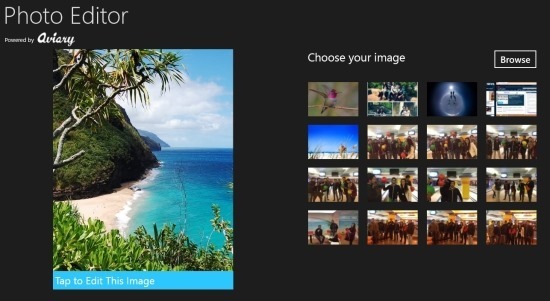 The app will open up a sample image of the left part of the screen and preview thumbnails of some pictures from your picture library. Also you have the browse button that enables you to browse for images through the computer. When you select an image you will be taken to the screen which will look as shown in the screenshot below. 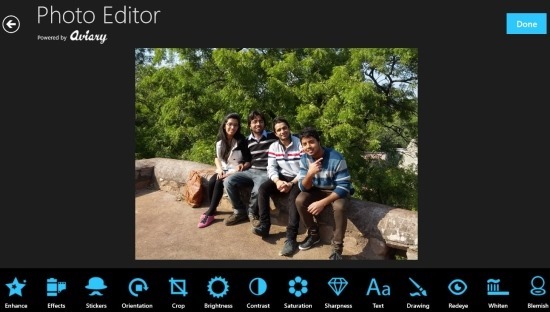 Now you can start editing the photo by using the hosts of features provided by this Photo Editor app for Windows 8. These editing features include the ability to add effects, add stickers, add text, change the images orientation, blemish, red eye, saturation, brightness, contrast, sharpness, whiten, even draw over your photos etc. 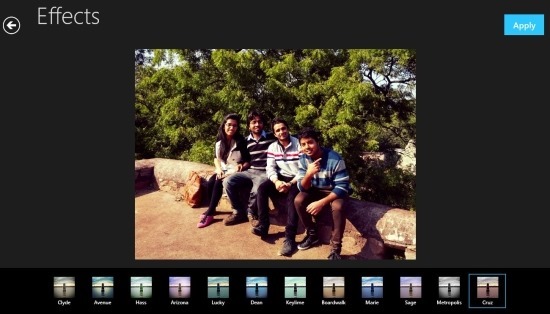