If you are looking for a simple image editor for windows 8 that offers you a few image filters then Adobe Photoshop Express for Windows 8 is quite an effective choice and solution. 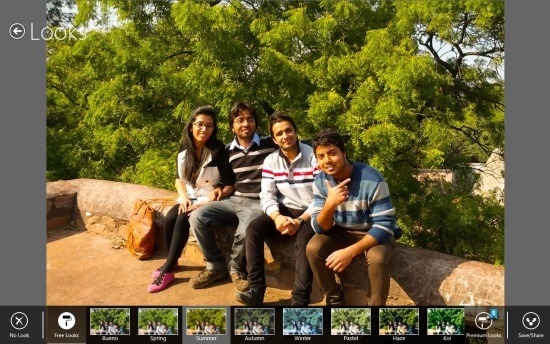 Adobe Photoshop Express for Windows 8 is available in the ‘photo’ section of the Windows Store, and you can get it from the link posted at the end of the article. The posted link will re-direct you to the page from where you can download and install Adobe Photoshop Express for Windows 8 onto your PC. Now run this image editor from the start screen and you will be greeted with the app window as shown below. This is the introduction of the app that will tell you the basics with a few glimpse. 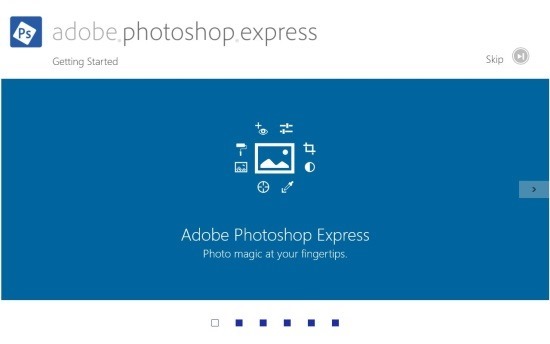 After you have gone through the introduction you will have the interface as shown below in front of you. Now here you are presented with a set of sources that you can use to import photo in to this image editor. These options include the ability to capture the image via the webcam, or you can import the image from the local picture library or via Adobe Revel. In this manner Adobe Photoshop express for Windows 8 provides you with various ways in which you can import image into it to edit and enhance them. 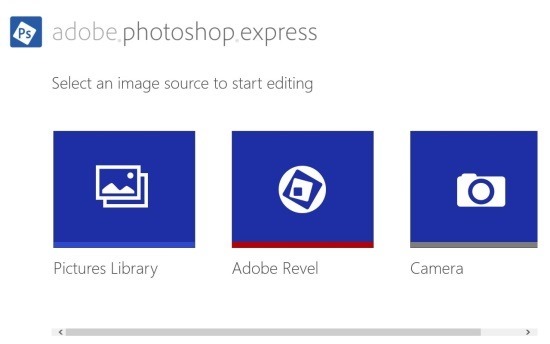 After you have used anyone of the above methods to open up an image file you will have the interface as shown below. Here you can see that you are provided with a big preview in front of you and all the options are laid out in the bottom of the app that enable you to add effects to the images that you imported.

These options include the ability to crop, correct contrast, fix red-eye, auto fix option, etc. The effects are presented under the label called looks as seen below just click on it and you will have all the effects in the form of a film strip in the button part of the apps interface as seen in the first screenshot of the post. 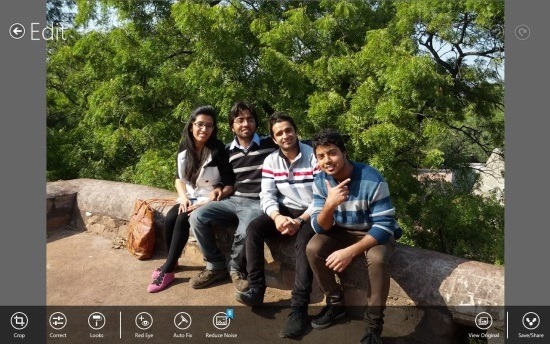