CredHistView is a free software by Nirsoft to decrypt CREDHIST file of Windows in a few clicks. By decryption the CREDHIST file, you can see hashes of all the previous passwords that you have use don your machine. For some reason, if you need to know your old Windows password, then this is the tool you will use. However, do note that it will only show you the hash of the password and not the actual Windows password that you used earlier.

The CREDHIST file of Windows stores all the passwords that you have created before. And it only stores your earlier password as a hash. The file stays encrypted in the system, but if you want, then you can decrypt it. The decrypted file also contains the password, and it is hashed. And this is not the limitation of the software, but that is by design. Windows stores the password after hashing it, so it can only be retrieved in hashed form only. 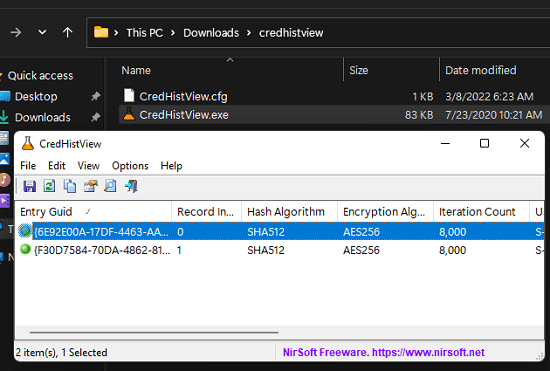 The CredHistView software is a pre-release tool by Nirsoft and it can be run in portable mode. You can use it on any Windows PC, or you can also use it on an external hard disk that contains a Windows installation. The main UI looks like as shown below. It asks for current login password in order to decrypt the file. 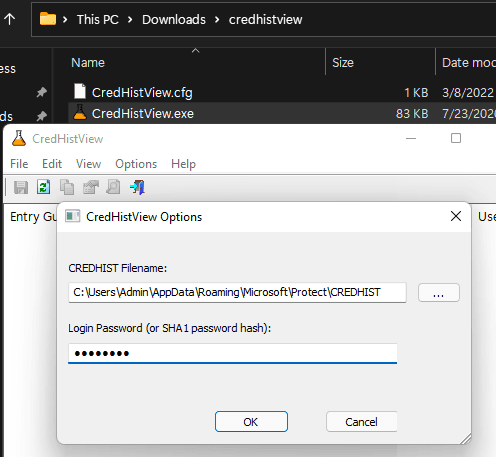 So, after you enter the login password, it will decrypt the CREDHIST file for you and show you the contents. It will display the details in various columns. There you can see the hash of the password stored on the CREDHIST file. Apart from the password hash, you will see the details such as Guid, record index, iteration count, user SID, SHA1 Hash, hashing algorithm used, NTLM hash, and some others. 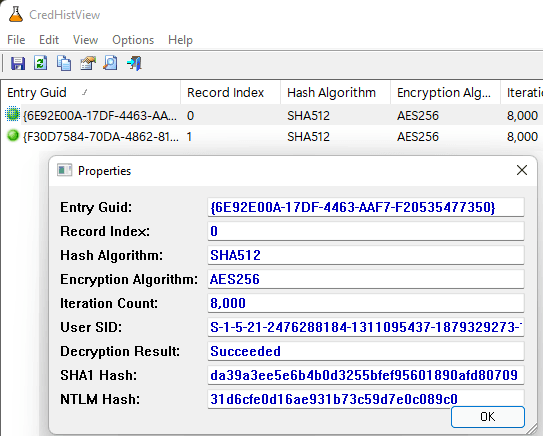 In the above screenshot, you can see how this software can decrypt the CREDHIST file and shows you its contents. There are multiple passwords, then it will show them all to you. And if you want, then you can export the data that it shows in an HTML report file. The option to do that is in the View menu of the software.

If you are looking for a software to decrypt CREDHIST file of Windows, then you are at the right place. Use the Nirsoft tool that I have mentioned here and do it in a few clicks. The process is very simple and you only have to run it on a Windows PC from which you want to read previous passwords. The only downside is that the password shown is hashed and can’t be reversed if it was a strong password.