Dropbox Capture is a Loom alternative to record video messages with screen. With this, you can record product intros, short messages or even simple demonstrations. It has the same limit as that of Zoom and it saves all your recordings online in Dropbox. You can download them whenever you want to, and you can record any number of video messages right from the desktop in a few clicks.

Loom is a popular tool that a lot of people use to send video messages to clients or teammates. It became popular in a very short amount of time and since then a lot of alternatives have been introduced such as RecordCast. And now Dropbox has come up with its own version of Loom with similar set of features and it works perfectly.

Apart from just recording and sharing, you can collaborate on those videos as well. The people whom you are going to share the recording with can leave feedback or comments. They just need a Dropbox account to do that. It can also be used to take screenshots and annotate. Later, you can share those screenshots or recordings with anyone with read only or edit access. 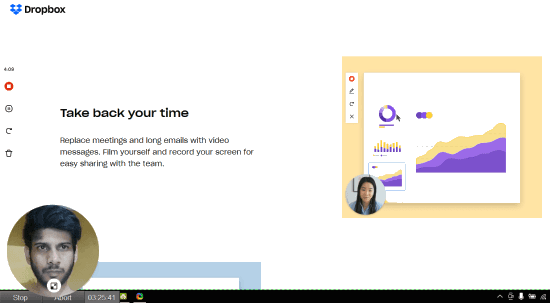 How to use Dropbox Capture: Loom Alternative to Record Video Messages, Screen Recording

Getting started with it is easy. You just go ahead and download the desktop app from Dropbox website and install it. It will only work on Windows 10 or the Mac.

Next, when you start it for the first time, you will have to allow it to access your Dropbox account so that it can save recordings. 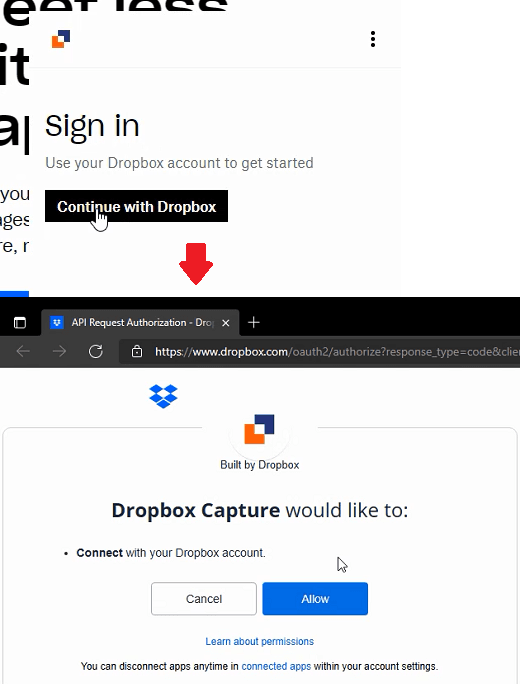 You can open it from the system tray to record a new message. You can record an audio or video only message too. But let’s here in this post use the screen plus Webcam recording. Just select this option and then start the recording. You can either record the entire screen or a selected region. 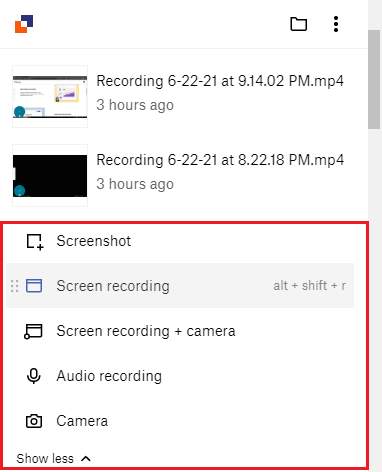 Now, you just speak and record. The time limit is 5 minutes, and you can keep track of the recording time by looking at the countdown. If you want, then you can pause the recording and even restart it if you messed things up accidentally.

When you are done, just click on the stop icon. It will save your recording to Dropbox and you can access it from its main interface by simply clicking on it. Late you can download that on your PCs well or share it directly with anyone you want. 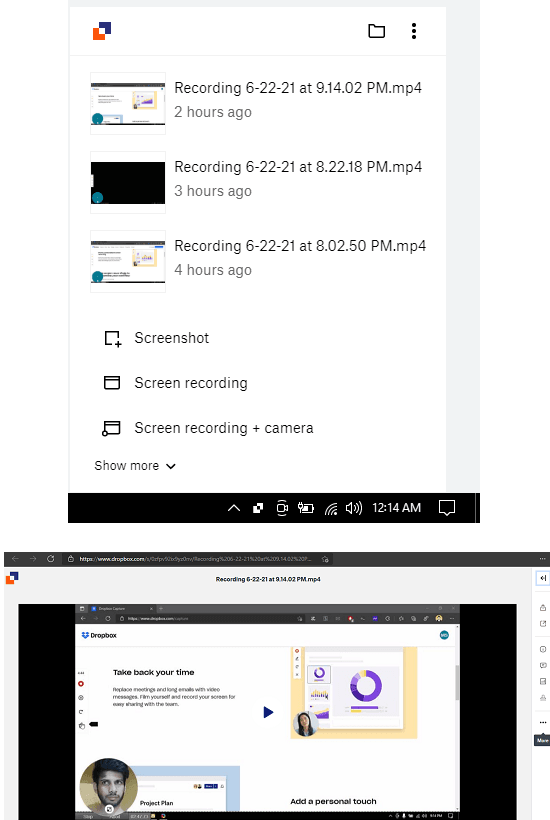 Also, in the Dropbox website, you can see the comments or feedback left by others. There is also an option to download the videos. 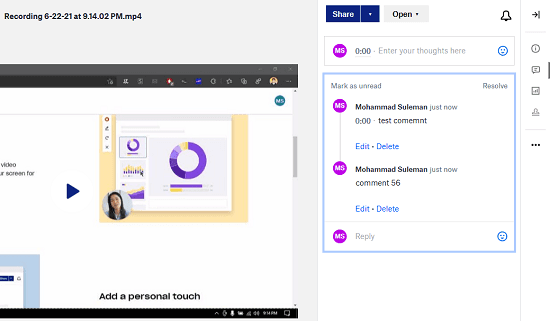 In this way, you can use this Loom alternative by Dropbox. Everything is simple and easy to configure. Just download the desktop app and then use it for whatever purpose. All the recording options work fine and as intended. However, the UI for now needs a little polishing and I hope they improve it further in the coming updates.

I am simply amazed by this new alternative of Look by Dropbox. Everything works perfectly and I really liked the fact that you can share the recording in a private group via link and then have comments and feedback on it. Overall, I think it would make a perfect alternative to Loom if they remove the 5-minute restriction. I mean, since it is storing recordings in our own Dropbox account, there’s really no point.