This tutorial explains how to disable news and interests from Windows 10 Taskbar. In the new insider update, Microsoft has added a News and Interests feature as a new toolbar in Taskbar to show popular stories and control them. They are mainly news and entertainment items that you can just peek into by hovering on its icon. New Windows 10 update adds this by default but if you want then you can easily disable it and here I will tell you how to do that.

If you are a Windows 10 insider then you must have noticed that in build 21286, they have added a new Taskbar feature called News and Interests. It is basically a popup where you see popular news and some other stories. But for some users it can be distracting and unpleasant. If that’s the case then you can just turn it off and I will show you how. You can turn this add-on off and if you decide to get it back later then you can do that too.

How to Disable News and Interests from Windows 10 Taskbar?

The News and Interests is on the Taskbar in the latest update as you can see in the below screenshot. Its icon is quite wide and a bit distracting too. When you hover over it then you can see the card with the sytories and it will keep showing based on what which  ones you like however, you cannot fully control them just yet. So that is just another reason to disable this widget. 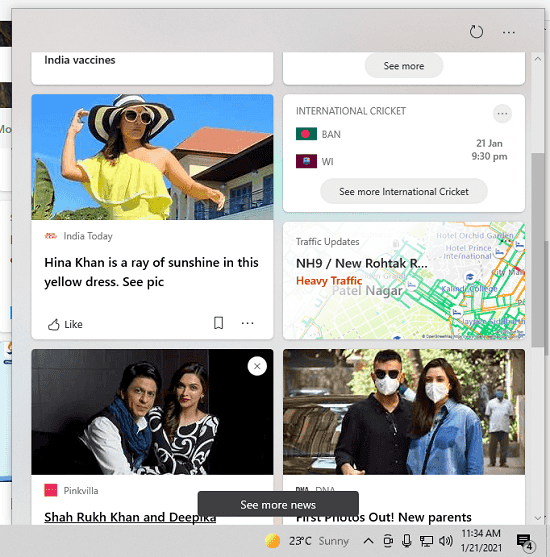 To disable News and Interests, you just right-click on the Windows 10 Taskbar and then simply uncheck it. The toolbar will be gone and in case you want it back then you can easily do that in the same way. 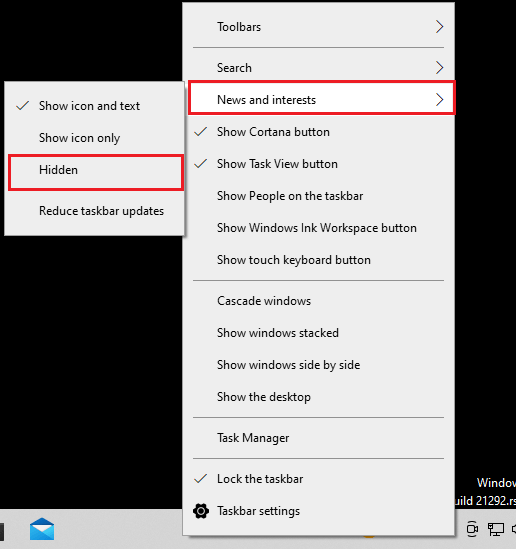 In this way, you can easily disable the newly added toolbar to the Windows 10 Taskbar. Just get rid of it in a few seconds and then do whatever you want. In some other tutorial, I will explain how you can permanently remove from your PC. Let’s wait for it to arrive in the public release and then I’ll write about it then.

If you like to keep up with the new features added to Windows 10 then you may like this new News and Interests feature. But if you are one of those people like me who are annoyed by it then this is the right tutorial for you. Just get rid of this toolbar in a couple of clicks.