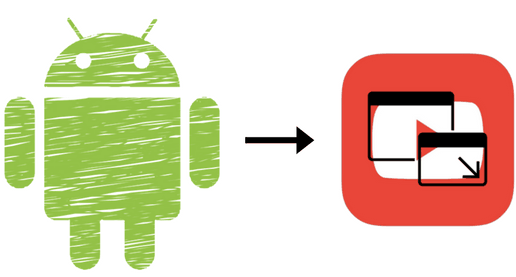 How to Watch YouTube videos on top of other Android apps: 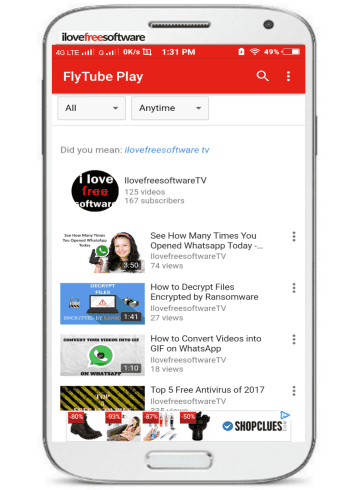 The screenshot below displays the floating YouTube player which was instantly popped up by the app after I chose to play a video. FlyTube basically renders the YouTube mobile interface which makes it feel like using YouTube itself. However, it shows annoying ads in between, so, I will suggest you, to play the YouTube videos on top of others apps by sharing it to FlyTube from official YouTube app or YouTube Go app. 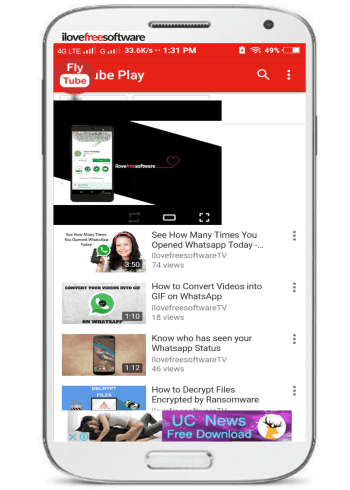 This floating YouTube player will now stay on top of other apps and you can enjoy your favorite music, TV show, etc on YouTube while multi-tasking on other apps. In case, you want to hide the player then simply tap on the FlyTube floating button. There are a couple of player controls to increase its width to match your phone screen and to play it in fullscreen. You can also drag it to any part of the Android screen and resize it. In addition to this, you can also adjust the volume, video quality, and turn on the subtitles from the floating YouTube player. What I really liked is that you can also play YouTube playlists by following the same steps i.e. share the YouTube playlist to FlyTube and then the playlist will be loaded in the floating player. Now, you can play the previous and next videos in the playlist by the added next and previous button controls. 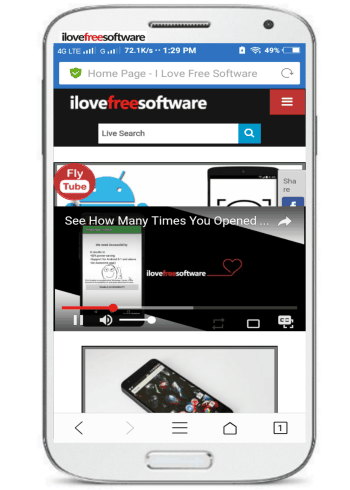 To close the floating YouTube player, tap on the FlyTube floating button to first minimize it and then drag and drop to the “X” button, just like you close a floating chat of Facebook Messenger.