When you import photos and videos, they will be copied into the vault and will be protected with a PIN. All you need to do is open the app set a 4-digit PIN, select any album, and import photos, snaps of documents, cards, etc. into the vault. Other than that, it also lets create new albums, view photos and videos within the vault, start a photo slideshow, share files from the vault, etc. Unlike other photo locker apps for iPhone, this one comes with a unique feature called “Safe Send”. Safe send lets you share photos and videos with a self-destruction time of 20 seconds. Sounds interesting, isn’t it. 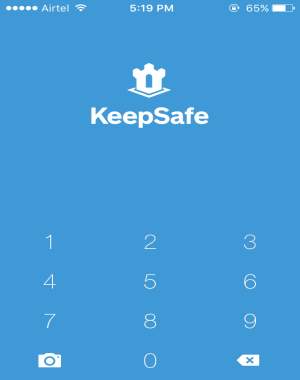 Note: In order to use additional features of this app such as fake pin, custom albums, space saver, secret door and more, you have to purchase the paid version of this app.

How to Keep Your Personal Photos and Videos Hidden on iPhone:

Step 1: After you open the app it will ask you to create a 4-digit PIN for your private vault. You can also add your email address for recovery of your PIN in case you lose or forget it.

Step 2: On the main screen, you will see 4 predefined albums named Main Album, Documents, Cards, and Health. If you want, you can create your own albums using the big “+” button and name them accordingly. 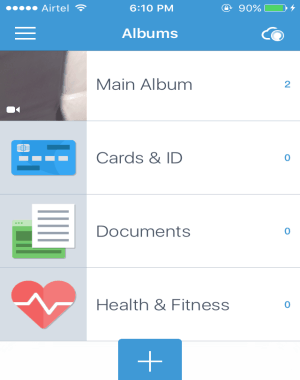 Step 3: To start hiding photos and videos into the vault, simply select any album and tap the “+” button at the bottom of the screen. As soon as you tap, a popup will appear with 2 different options named, Import and Camera. If you select Import then you will be able to import photos and videos from your camera roll or Dropbox account. The Camera option is to capture photos using the built-in camera in order to store them directly inside the vault. 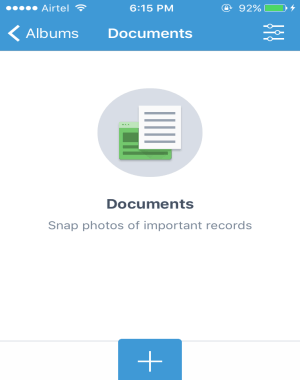 Step 4: After that all your imported photos and videos will be safe with a PIN inside KeepSafe. Actually, what  happen is when you import photos, a copy of each photo gets stored inside the vault. That means you can undoubtedly delete them from camera roll such that they stay hidden in the vault. Later, if you decide to unhide them then simply save them again to your camera roll, as simple as that.

Step 5: Let me tell you about the unique feature of this app i.e; Safe Send. Using this feature you can share your KeepSafe files with others along with a self destruction time of 20 seconds. While viewing any photo or video, tap the share icon and select “Safe Send” to share it via Facebook, WhatsApp, etc. 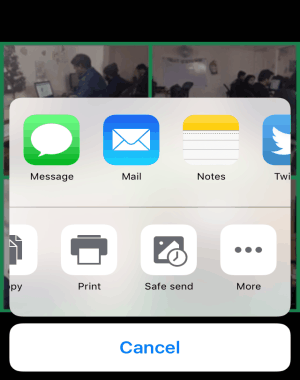 Step 6: When you’re done with importing photos and videos to KeepSafe, each time you or anyone opens the app it will prompt for the PIN after which the vault will be accessible.

Get “KeepSafe” from here.