Rock Paper Scissors is an online app for children to play a classic hand game which is offered as Chrome extension. The name itself summons up the memories of childhood. This hand game is usually played by two people, where players randomly outstretch hands and form shapes of rock, paper and scissors. This hand game app facilitates you to play this game when you are all alone as it lets you play this game with your PC.

Rock Paper Scissors can be played with the standard rules where paper wins on rock, rock wins on scissors and scissors win on paper. Just the difference here would be you’ll be playing with your PC instead of any friend. This hand game serves to be the best option that can be opt when you wish to play this game even if you are all alone.

How to Play This Hand Game? 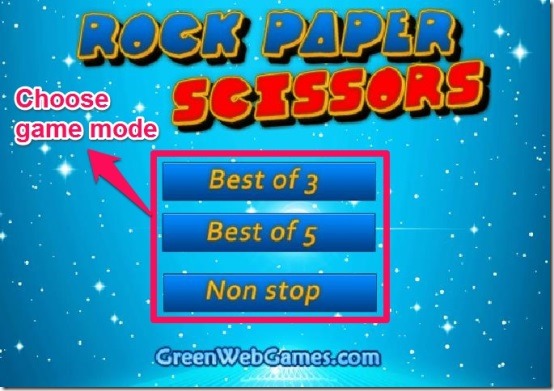 When you hover on Rock Paper Scissors icon, it immediately launches a page where you can choose you game mode. It offers you three game modes:

Best of 3: It gives you three chance to choose your random selection and play this hand game.

Best of 5: It gives you five chance to choose your random selection and play this hand game.

Non Stop: It enables you to play non-stop and make a note of your win points.

When you are done with the selection of game mode then you can play further by making your own choice and selecting any one of the options among rock, paper and scissors. 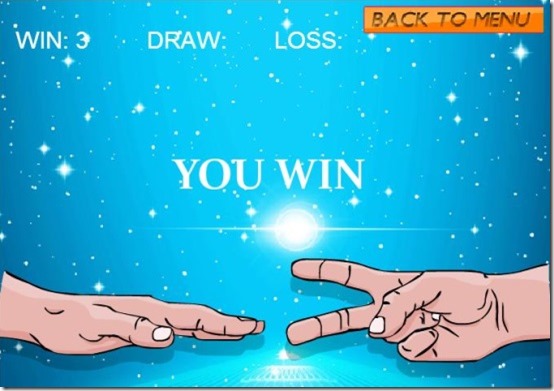 Its like when you select paper option, the two hands shown on the window bangs twice and then your selection of paper appears with the random choice of the PC that are shown by hand gestures. If its paper vs scissors, its loss; if its paper vs  paper, it is a draw and if its paper vs rock, you win. And yes I won. If you choose the option of back to menu it redirects you to the game mode page, from where you can again begin to play this hand game. 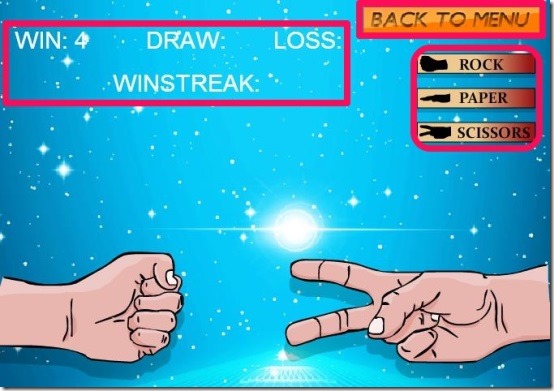 You may also like Play Kids Games, Teach Kids and Toupy reviewed earlier by us.

Features Of This Hand Game:

My Verdict For Rock Paper Scissors:

Get Rock Paper Scissors from here!