Block Puzzle Deluxe is a free Windows 10 classic blocks game where you have to arrange the blocks in rows. The app is like the classic falling bricks game we used to play as children where you had to arrange the falling bricks or blocks in a way that they form a rows. Once you form a proper row, the row disappears and the falling bricks continuously fall and have to be arranged in rows. This game app is a bit different, here there are no falling bricks, but the bricks or blocks are given to you on the screen 4 at a time. You have to arrange these in a row and then more will be given to you. One major difference you will find is that the blocks in the game cannot be rotated, they have to be placed on the game board as is. 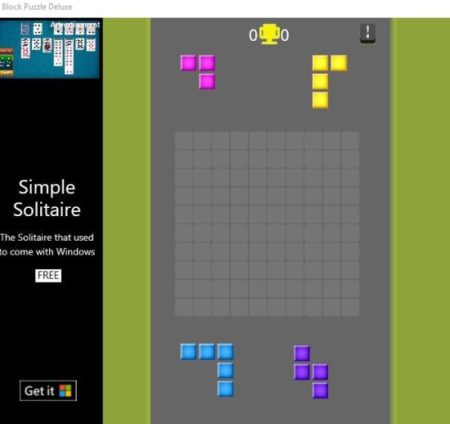 Do notice that the app is add supported and you can see ads on the left side of the app window. You are given 4 blocks to start the game with, when you place these four blocks on the game board, then you will be given 4 more. 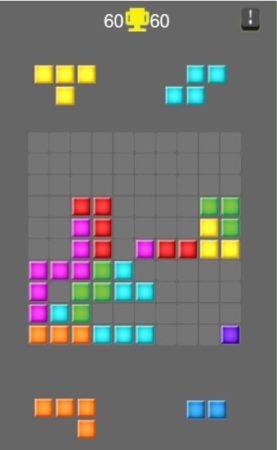 Arrange these blocks in rows and once you complete a row it will disappear off the board. If there is no more room on the board for any more blocks, then its game over for you.

Block Puzzle Deluxe is a fun game to play. This game made me remember the falling bricks game I used to play when I was a kid. The game is not exactly the same thing, but based on the same premise. I enjoyed playing this game.