Source is a free Git client for iPhone which supports GitHub, GitLab, and BitBucket and comes with powerful code editing features and multiple account support. With Source, you can access your repositories and edit its code with its powerful editor and built-in keyboard. I have reviewed so many iPhone GitHub clients which support Git too but believe me it is the best when its come to edit the code right from your iPhone. You get the flexibility to edit repository code files even in the offline mode and its powerful code editor also facilitates editing multiple code files at once through its tabbed interface. If you have multiple GitHub, BitBucket, and GitLab accounts then you can add them and access your repositories and edit their code right from Source. Where it lacks is that you can’t browse GitHub using it and to clone repositories you will require to grab its URL from the browser. 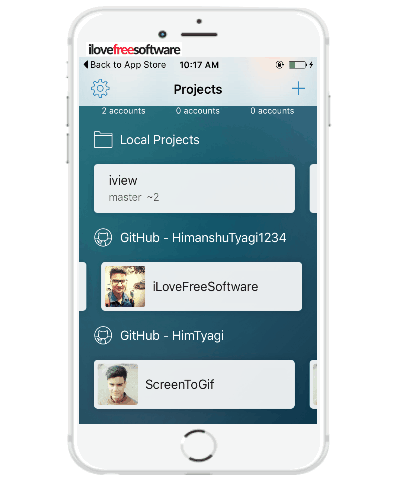 Earlier I covered another similar GitHub client called NapCat which supported offline code editing, but Source surely leaves it miles behind with its powerful code editor which supports syntax highlighting for more than 100 programming languages including C#, Python, JavaScript, etc and offers tabbed interface to edit multiple source code files at once. After seeing its too many handy features, I just wish it was available for Android as as well, as it could have then replaced the Android GitHub client on my phone i.e. OctoDroid.

Note: In its free version, you can’t change the code editor theme, push your git changes to remote repository, and enable dark mode of app.

How to use this free iPhone GitHub client to edit code and commit changes:

Getting started with Source is very easy. Start by downloading it from the link at the end of this review. After that, you can connect your GitHub, GitLab, and BitBucket accounts with Source to access repositories, and even create new projects. After connecting accounts, you will see its interface as shown in the main screenshot above. It simply displays all connected accounts on its main screen and below a particular account, you can swipe to see its repositories. It gives you the option to Clone repository, which in fact downloads its codebase and starts it as a local project. 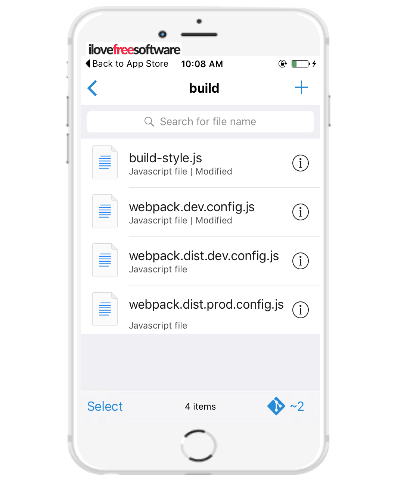 Once a repository is cloned, you can step ahead to edit its code; just tap on a source file to open it in its editing interface. Its code editor makes it feel as if you are editing in a standard IDE. Code is rendered with proper syntax highlighting as it supports 100+ programming languages. Tap anywhere in the source code to bring forth its built-in keyboard, as shown in the screenshot below. The best part is that it automatically saves the changes and commits changes while editing the code. 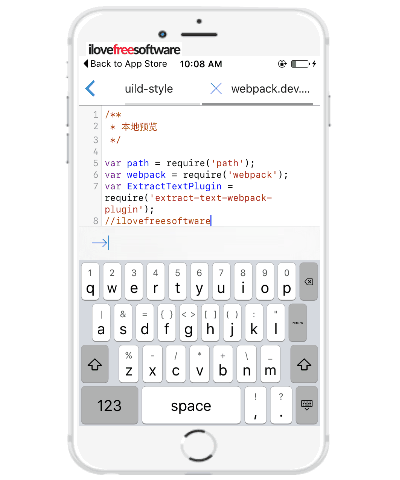 To open a new code file to edit in a new tab, press the back button on the top and then select any file from repository codebase. The selected file is then automatically opened in a new tab, as you can see in the screenshot above. Just tap on any tab to switch between them. In this way, you can open multiple source code files to edit them at once.

Source is a free Git client with offline code editing and multiple accounts support. I am really impressed with it as it offers tons of unique features as compared to similar apps available out there. I am also quite sure that you will love it without any doubt. You can do a lot of things quite differently like edit multiple source code files at once with its built-in keyboard specially designed for code editing.