Visual Studio Code is a free IDE from Microsoft. It is a lightweight Cross-platform IDE. Despite coming from Microsoft, it is actually Open Source. The best part of this free IDE is that you can use it to write code in any programming language of your choice. It supports 30+ programming languages like Java, PHP, C#, Go, Scala, C, C++, etc through extensions. It comes with built-in support for node.js, JavaScript, and TypeScript. It offers standard editing features like IntelliSense (smart code completion), syntax highlighting, code snippets, quick editing etc. You can also customize its interface with pre-defined themes such as Light, Dark, etc and downloadable themes extensions.

VS Code also comes with Git integration. It is quite a handy feature as you can manage your code commits, pull requests, etc from the IDE itself. It is definitely a very good free alternative to Microsoft Visual Studio. 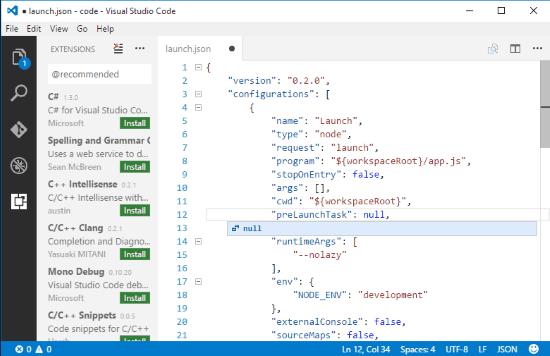 Well, you can easily start coding with this powerful IDE as it supports a wide range of programming languages, provides quick editing features like IntelliSense, bracket matching, and debugging features. VS Code comes with an excellent support for modern web technologies like ASP.NET 5, node.js, jquery, gulp, etc so you can develop modern websites in no time using VS Code.

This free IDE is available for Windows, Mac, as well as Linux.

Let’s get started and see some of its features.

Configure debugging environment in VS Code:

Debugging features of VS Code:

Once you have successfully set up a debugging environment, you can start debugging and executing your code. VS Code offers following debugging features.

As I mentioned above, you can write code in any programming language of your choice through its debugging extension.

VS code supports extensions for following programming languages that you can download from its marketplace.

I am sure more languages will be added down the line.

Editing features of VS Code:

VS Code comes with a nice and clean interface with quick editing features. Some of its editing features include syntax highlighting, IntelliSense, bracket matching, go to definition, etc. These editing features will assist you in quickly typing in your code while maintaining its readability. 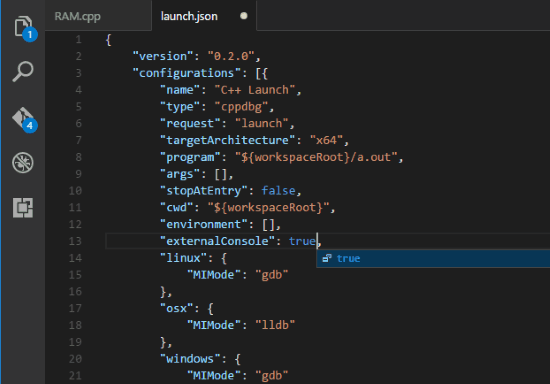 Some more editing features that it includes are:

VS Code supports integration with Github. This is quite an excellent feature in managing code commits, pull requests, etc without leaving code editor. But for it, you need to install Git. After you have installed Git, restart VS Code and it will be automatically integrated with it. 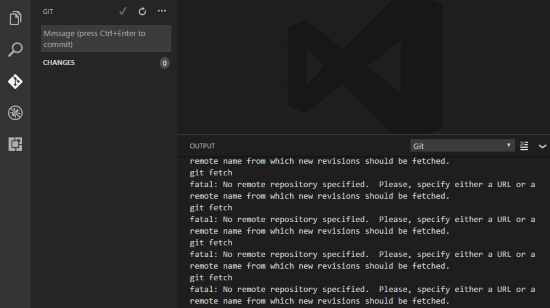 Some of the operations that you can perform using Git support feature are:

You can also integrate VS Code to Visual Studio Team Service.

You should definitely check out VS Code as it is simple, lightweight, and fast IDE that supports multiple programming languages for writing code. It also provides quick editing features that make typing in your code a really easy task while maintaining its readability. You can also integrate it to Git and maintain your workflow without ever leaving the IDE. It is also very extensible, and you can download plenty of debugging, features, and themes extension from its marketplace.

Even though there are are lot of free IDE, like Codeblocks, CodeLite and BlueJ, but VS Code is definitely better than a lot of them. I can definitely recommend it for newbie as well as expert programmers.

Get VS Code from here.