This tutorial will explain how to install OEM specific Android apps on any Android Device. If you’ve been jealous of your friends who have apps like Sony’s Album, HTC’s Blinkfeed, etc., then this app is going to be a wish come true.

PortedAPP is an Android Application that lets you install the latest and popular OEM specific apps on any device. It provides links to the Ported APK files of apps of OEMs, that you can download and install on your Android device.

OEM specific apps are pre installed on a device by manufacturers like HTC, Samsung, Sony, Nokia, etc.. These apps are available only to the devices manufactured by the particular manufacturers. For example, if you want to install Sony’s Album app on a Nexus 5, it would not be an easy task. You would have to first spend time searching for the ported app to install on your device, then find a way to download it to your device. This app makes all such apps available to you in one place. The developer updates the app regularly and thus, you can have access to the latest versions of the OEM specific apps. 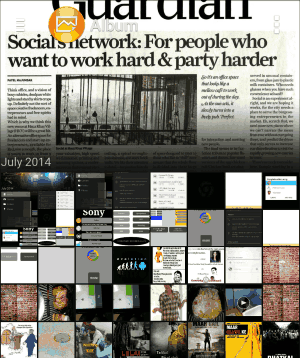 How to Install OEM Specific Apps on Any Android Device;

To explain the process, let me take example of Sony Xperia Album app on non-Xperia devices. Similar steps are involved for other apps as well.

The first thing you need is permission to install applications from unknown sources (other than Play Store). To get this on your device, simply go to Settings>Security>Unknown Sources. Make sure the ‘Unknown Sources’ option is checked. Now go to the link provided at the end of the post and download the APK file. Open the downloaded APK and install it. The PortedAPP application is now available in the app menu on your device (do note that this app is available in Play Store as well, but the Play Store version has very few apps for OEMs, while the apk version has lot many). 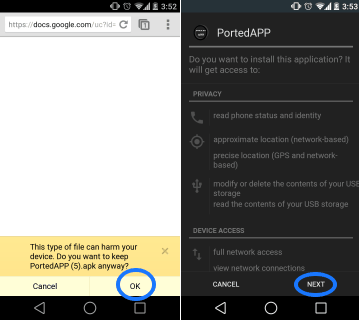 Now launch the app and tap on ‘MORE’ and then on ‘Start the Application’. You will be given a list of OEMs to choose from. Select Sony and then Gallery. You will be taken to the download page for that APK. Repeat the steps you followed to install the PortedAPP application. When done, go to the application list and you will see an app by the name Album. 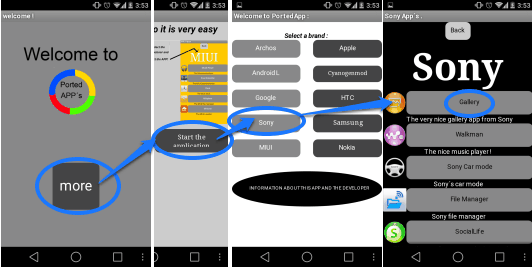 Launch Album app. This is the app I missed most after moving to a Nexus 5 from Xperia Go. 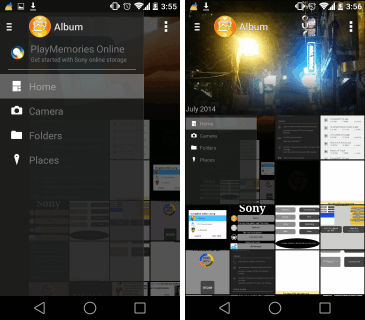 The App lays out all the images on your device in one fluid grid. The images are arranged in ‘recent first’ order. You can change the size of thumbnails by pinching in or out the grid. You can access photos by the folders by selecting the ‘Folders’ option in the drawer on left.

Some Great OEM specific apps Ported to other Android devices: (No longer available)

OEM specific apps can be downloaded and installed on compatible devices using PortedAPP. This makes it possible to use some really good apps like Touchwiz, Sony’s Album, Blinkfeed etc.. These apps always made me jealous being a Nexus user but now, I don’t have to consider changing my device just to use a specific application on my device. Kudos to the developer.