Here is a free Steam games launcher software for Windows, SteamDock. This is a very nice game launcher software that you can use. It automatically detects installed Steam games on your PC and show you those on a beautiful dock. You can easily hide the dock via simple keyboard shortcuts and adjust other settings too like opacity, icon size, background image, and a lot others. The best thing about this software is that it automatically downloads the icons for the installed games and lets you launch a random game.

You may have used a lot of app launcher software for Windows, and this is the similar one. The difference is that it only focuses on Steam games. If you want a dedicated launcher for your Steam games, then this is the tool you are looking for. Once you run this software, it keeps running in the system tray of Windows and you can invoke it anytime. You can even make it run automatically on Windows Startup. 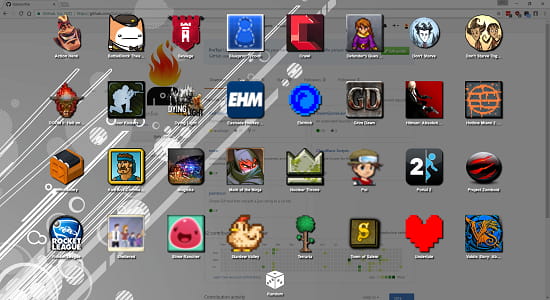 How to use this Free Steam Games Launcher Software?

SteamDock is easy to use and a portable software to launch your Steam games. Just install it once and forget it. It will keep running in the background and you can launch it anytime you want.

Here are the steps to use this Steam games launcher software for Windows.

Step 1: Download SteamDock from here and run its EXE file. At first, its configuration window will show up. And you can customize various parameters. It shows you the number of install Steam games that it has found. Also, you can customize the options to tweak the appearance of the launcher. 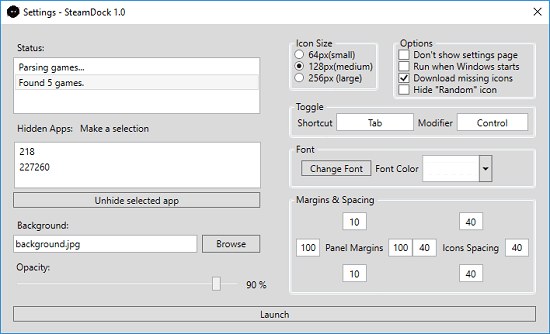 Step 2: The default shortcut to open launcher is Tab+Ctrl, but you can change that. As you press that key, the launcher will show up with all the games. There is dice at the bottom of this software that you can use to launch a random game. 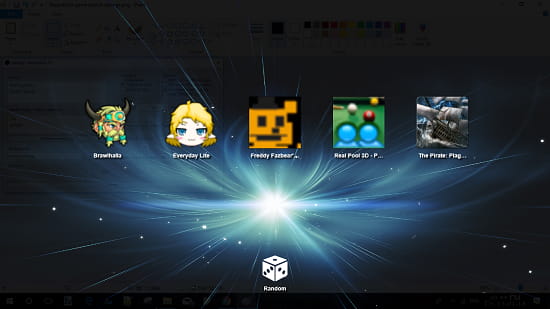 This way, you can use this free game launcher software to launch Steam games. No need to find your favorite game in Start. Just press a hotkey and launch any game you want to play.

SteamDock is a very nice and free Steam games launcher software for Windows. If you have a lot of Steam games installed on your PC, then you can try this launcher. It will not only makes it easy to launch games, but you will like it for its simplicity and amazing look and feel.