Video Screenshot is a free software to take still and continuous screenshots from a video. It supports a lot of video formats including 3GP, MP4, Xvid, VOB, MOV, FLV, AVI and many others. It lets you take continuous and still screenshots from a video and lets you save them in JPEG, PNG, BMP and GIF formats. You can take continuous snapshots and save them as animated GIF. It lets you set output parameters of the captured image such as size, format, quality and number of snapshots and time interval in case of continuous screenshots. You can also add a subtitle file additionally in the playing video.

A perfect use case of this software would be in making an animated GIF, as there are very limited freeware to make an animated GIF directly from a playing video. Video Screenshot has a very intuitive user interface, you can very easily understand it as it doesn’t support so many features. 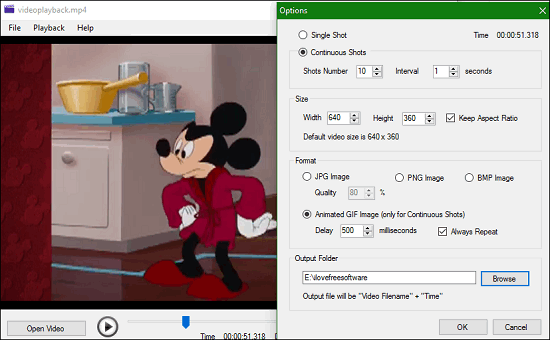 Let’s see some of its features in details.

Take Continuous Screenshots and Animated GIF From a Playing Video

Video Screenshot lets you take continuous screenshots from a currently playing video, and you can save them as a separate group of images in common image formats or as an animated GIF. All you have to do is to specify delay time between each screenshot, number of screenshot, and size of the final image.

In case of animated GIF, you have to check Animated GIF Image option in formats section. Then specify size and delay time between each snapshot with output directory. As you click on OK button a progress bar will appear and when it’s completed you are done! An animated GIF will be saved in your specified directory.

It will be wise to let you know that the delay time in case of animated GIF is in milliseconds so, when you specify delay time keep in mind that there are 1000 milliseconds in 1 complete second. 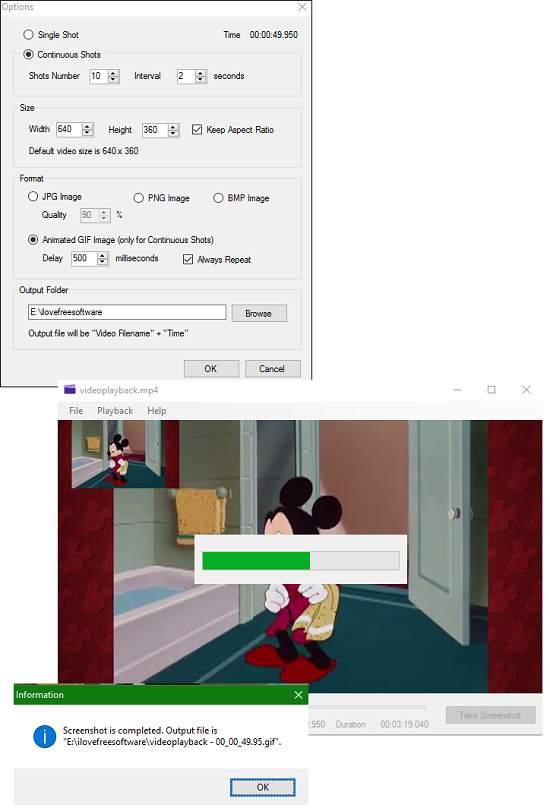 In another mode that is to take continuous screenshots, hit the Take Snapshot button and specify your preferences for format, size and quality (don’t forget to uncheck the animated GIF option). A progress bar will appear for a shot moment of time and when finished, the exact number of screen shots will be saved in your destination directory. You can check them.

Video Screenshots also lets you keep the aspect ratio of the images if your specified size of the image is different from the actual video’s default size. 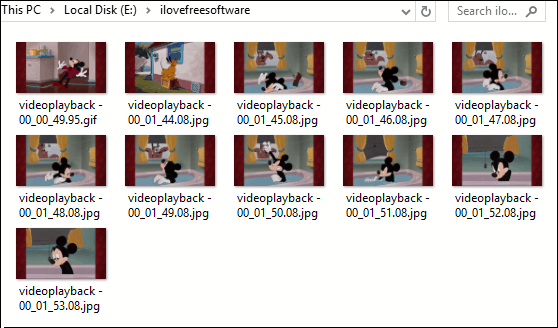 Another nice feature of Video Screenshot is that it also lets you take still screenshots from currently playing video. Procedure is all same as in continuous mode. In this you just have to check Single Shot option at the top and have to select the desired format of the output image. If you wish to save output image as per your desired size, then you can also do that. 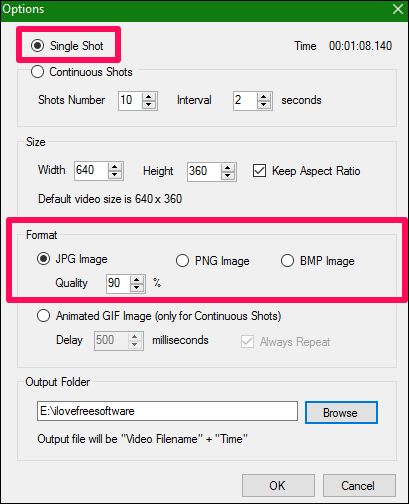 If you are looking for a software to take still screenshots from a video then, there are plenty of options to do that. But if you are interested in making animated GIF directly from a video or capturing continuous screenshots, then Video Screenshot is a good option. It’s very light and runs smoothly.

You can give it try by downloading it from the below link.