Avoid is a free Windows 10 endless arcade game app where you take a journey into the deep ocean and try to avoid dangerous sea creatures. The game has nice graphics and the game play is pretty thrilling. Help the cute octopus move around in the sea using just one tap or click. Collect coins while trying to avoid sea monsters as well as unlock more cute creatures.

The Windows 10 endless arcade game app can be downloaded from the Windows 10 store or from the link given at the end of this article. When you start this app you will see an interface as seen in the screenshot below. 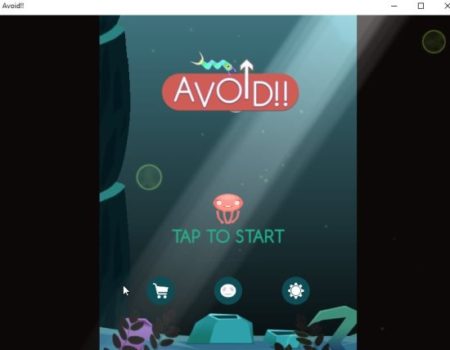 The settings icon of the game just gives you the option to turn the background sound on or off. As it says on the screen, you just have to tap or click on the screen to start the game. 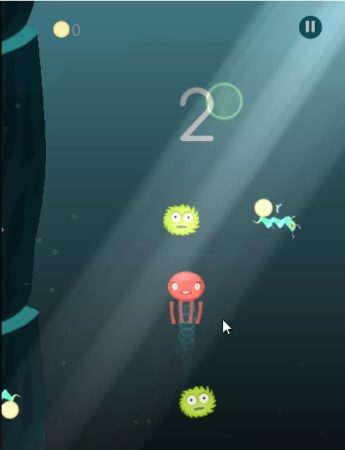 The game play looks like the screenshot above. Where you have to navigate the cute looking octopus through the ocean without hitting or colliding with any other sea creature. If you hit a sea creature its game over for you. A single tap or click will make the octopus dash past the sea creatures in speed. 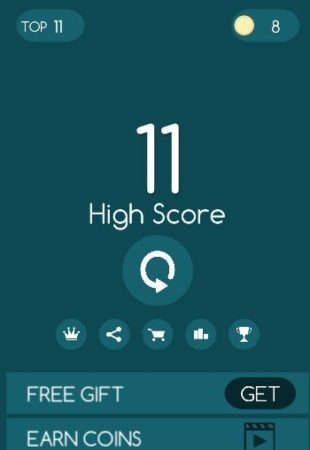 The moment you hit something the end game screen comes up like the one shown in the screenshot above. Where you score is displayed along with the number of coins you have and an option to replay the game so that you can do better this time. 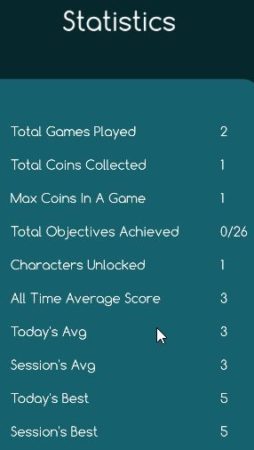 The game statistics can be viewed as shown above. You can view the total number of games you have played, total number of coins you have collected, number of objectives achieved, average score, etc. Similarly, you can also view leaderboard rankings, as can be seen in the screenshot below. 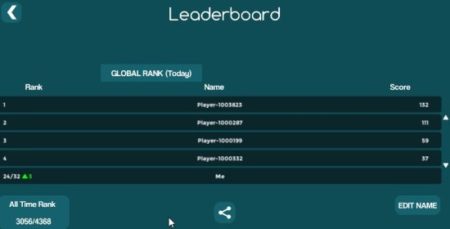 If you are new to the game your ranking will be shown at the bottom of this list where you will also get the option to edit your display name.

Avoid is a fun and challenging game app where you have to navigate your cute octopus through a sea full of sea monsters. The game is endless fun and easy to play. Moving with just a single tap is as easy as it can get. The graphics are nice and you can even see your ranking on the leaderboards

Check out Avoid for Windows 10 here.