This free music player for Android gives you a light weight app with a set of incredible functions and features. The app features a sleek and simple interface and supports lots of audio formats. Other than the huge amount of audio format support, other notable features of AIMP for Android include gapless playback, 8-band equalizer, CUE support,and more. 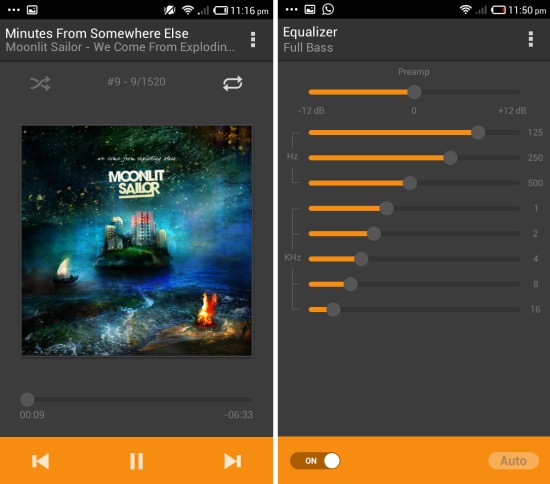 Features of AIMP for Android:

Starting with AIMP for Android:

You can get AIMP for Android from the link or the QR code at the end of this review. On launching the app, you will have the now playing interface as seen here. When the app is started for the first time it will be completely empty as you have to manually add music files to it. Press the menu button and you will have options as seen here. Tapping on the playlist and equalizer button will take you to the respective interfaces. In AIMP for Android you can also swipe to the right to see the equalizer page and you can swipe left to see the playlist. 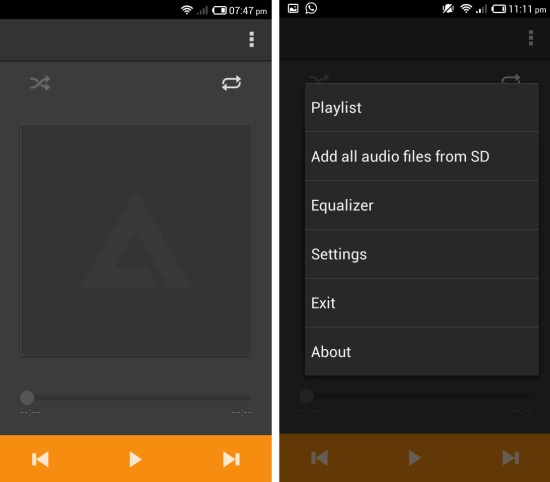 Clicking on the settings button provides you with the options as seen below. Here you can set orientation, decide what the headset button does, show or hide the now playing notification, preload tracks, change the language, and decide whether to save or not save the player state. You can see that the interface is fairly simple and the options are minimal and simple. 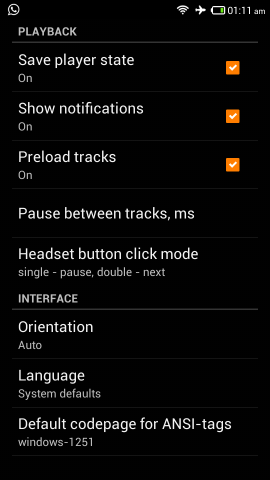 Adding and playing music to AIMP for Android:

While on the main interface in the app, simply click on the menu button and then click on the ‘add all audio files from SD’ options as seen below. AIMP for Android will scan the SD card and then start adding the songs as seen here, which takes just about a minute or less. After this all you music files will be available in the playlist page of the app. Tap on a file to start playing it and to control play back swipe to the now playing interface. 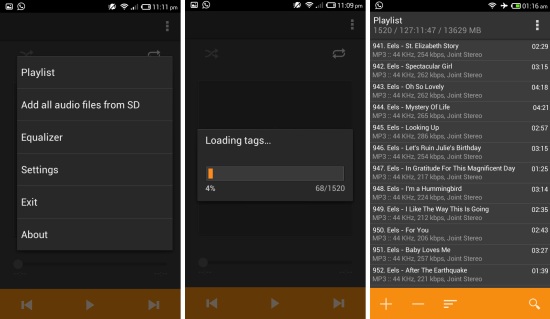 Playlist and equalizer in AIMP for Android:

Once you have added songs to the app as explained above, the playlist will be populated as seen above. All the songs are shown as a list you can sort them by name, album, artist, genre, file name, folders, addition time, or show them in a random order. The long lists of songs are sorted in the manner you select, but still it remains a huge list. 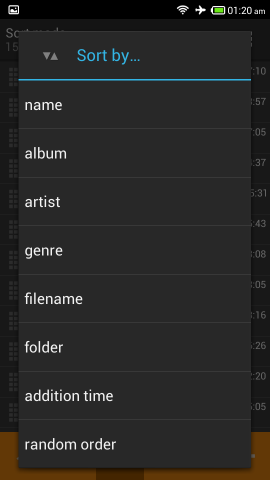 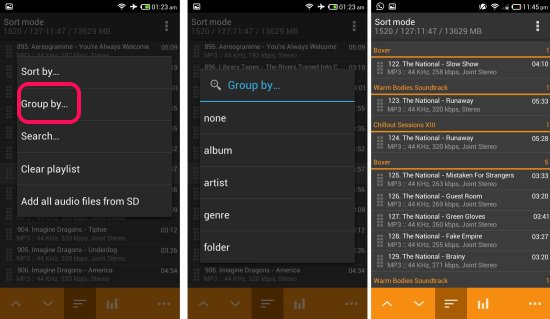 You can swipe to the right two times from the playlist screen to reach the equalizer interface. AIMP for Android provides you with 8 band equalizer. To turn it, on press the toggle on the lower left corner. Press the menu to get more options as seen below. The app provides you with quite a bit of equalizer presets as seen here. Tap on load presets to see all the presets and tap on the one you like. It will be loaded as see below.

Get AIMP for Android from here or scan the QR code below. 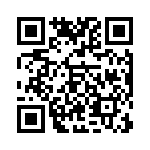