Face Changer Video is a free Android app to create animated face video by adding funny objects. To create an animated face video it allows you to select a photo from your gallery, import from Facebook, click a pic, or search for a celebrity image. After that, you can add weird looking animated objects to completely transform a face in a photo. It offers scary looking eyebrows, mouths, eyes, and other animated objects that you can apply in your face video.

The best part is that you can record directly through the app and apply some cool audio effects. Once you are done with the editing part, you can record the animated face video and save it on your Android device.

Note: It displays a watermark in the animated face video. 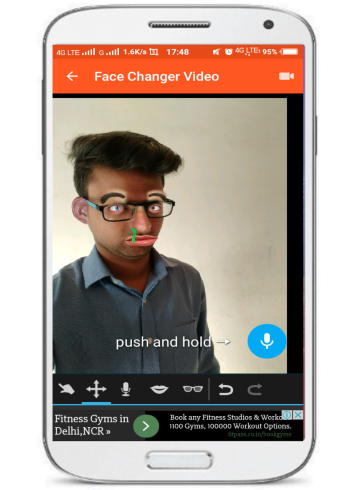 Getting started with Face Changer Video to create animated face video is really easy, just download it from the link provided at the end of this article and then add animated objects, sounds, etc and save the funny live photo as video. It also allows you to record audio and apply some cool audio effects and use it as the audio for the animated face video.

Step 1: Import a photo in Face Changer Video. You can select a photo from your gallery, import from Facebook, etc. After you have imported a pic, let’s get started and add a mouth to our animated face. Tap on mouth icon that appears on its editing interface and it will pop-up a screen from where you can choose from a number of different animated mouths, as shown in the screenshot included below. 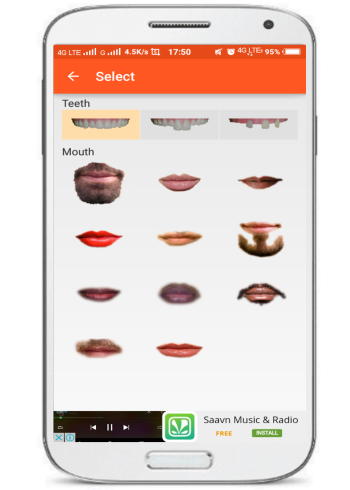 Simply tap on a mouth to add and it will then appear on its editing screen which you can resize, rotate, and move to any part of the photo.

Step 2: Now let’s add some eyebrows, ears, and other scary stuff on our photo. Tap on the goggles icon that appears on the editing interface and select a funny animated object and repeat the same process as in Step 1. 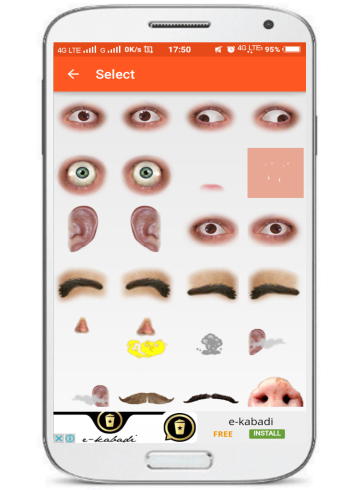 Step 3: In this final step, I will tell you how you can add audio to your animated video. Simply click the video record button on top of its interface and then hold the mic button to record an audio. To change the default audio effect, simply tap on mic icon that appears on its editing interface and select an audio effect, as shown in the screenshot included below. 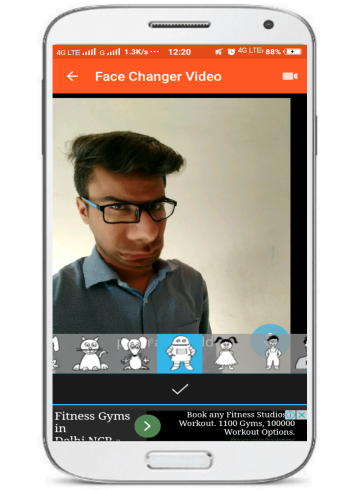 When you will release the mic button, it will automatically playback the recorded audio sound with the default/selected audio effect. Now, press the stop button and it will then automatically create an animated face video. 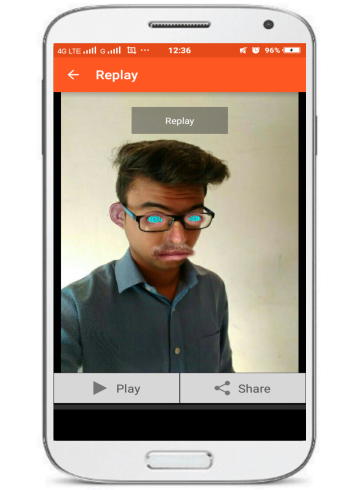 Face Changer Video is a really cool Android app that lets you create animated faces with cool voice changing feature and offers tons of weird and scary looking animated objects that you can apply and turn yourself into a zombie.