You can get Chicken Invaders 3 under the Games Category in Windows Store. 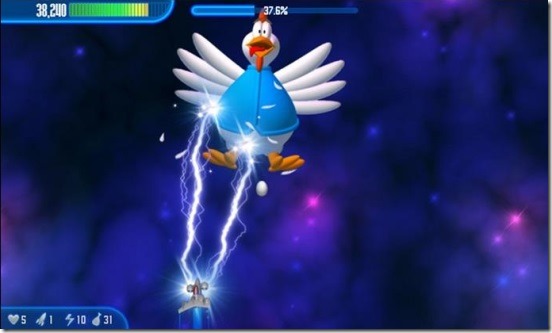 After the second installment of the game, where you saved the day by fighting against the dangerous assault of conquering every planet of our solar system, made by the intergalactic chickens, and showed them their way out. In this installment, you found out that the enemy chickens are secretly building their damaged spacecraft again and some how throw you away some where unknown in the galaxy. Now you have to find your way back home, and fight chickens on your way. 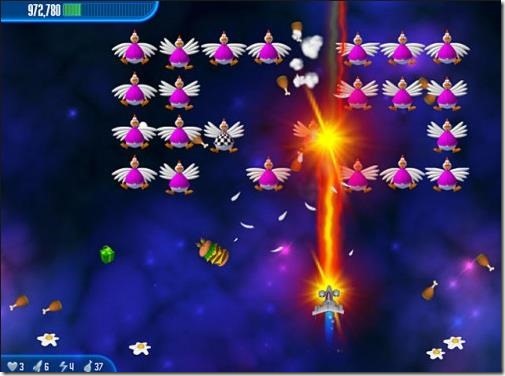 As mentioned above Chicken Invaders 3 is a shoot ‘em up kind of game. So, the objective of the game is to defeat the invading chickens by killing every single highly advanced chicken you face on each wave (stage), and remember that you have to stay away from the incoming soldier chickens and the eggs which they drop. Besides these chickens you have to dodge and destroy different asteroids on your way. Killing chickens and destroying asteroids gives you coins, power-ups (which are actually weapons), and food, which keeps you going and helps you fight against the evil chickens. 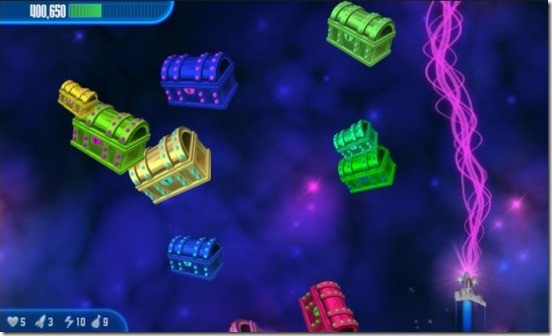 Game play is pretty fine and smooth, and the controls works great. Press Space Bar/left mouse to fire, and use the keyboard arrows or mouse to dodge chickens, eggs, and asteroids and grab coins, food, and power ups. The difficulty levels increases as you progress. You’ll get 5 lives. Use right mouse click to fire special missiles.

Final take on the game:

Chicken Invaders 3 is a surprisingly cool game app for Windows 8. Though, the higher stages are paid but even the free stages are interesting enough to keep you glued to game. This game based on the classical Galaxian arcade game, and makes hefty use of comedy in terms of parodies of Space Invaders, Star Wars, and Star Trek. There’s no glitch while playing. The bottom line is it’s a great free app to try your hands on.