‘Funny Photo Maker’ is a program without any pretence whatsoever. Unlike many other applications where the end user does not know what exactly the program is supposed to do, this one makes its intentions very clear in the name itself. It’s not meant to be a replacement for other serious photo editing applications such as Corel Draw or Photoshop, but is aimed at novice users who want to have some fun with their photos. 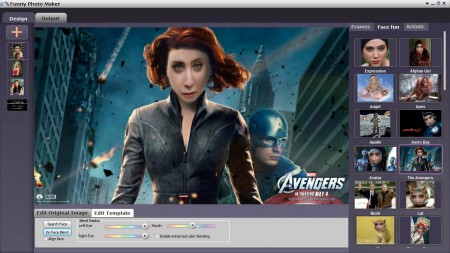 Features of this photo editing software

The program is quite simple to use and has a number of features. It has three modes in which the user might choose to work. These are Frames, Face Fun and Artistic. The first one takes a picture of choice from the user and puts it in one of many innovative frames. These include one of the pictures at an art gallery, a billboard at a train station, a poster and so on. These will be mostly used to edit people’s faces into these various locations. As the application’s name implies, this can be used to achieve amusing results. Face fun is used to edit portrait photos. For example, it can be used to show a person standing on the moon, or a person’s face can be morphed onto a monkey’s body. Other options include having a cat’s body, being George Bush’s friend, Ironman, Ghost Rider among many others. This is the most exhaustive list among the 3. Quite obviously, this can create some pretty funny effects. The last one is a slightly more serious effect, but tweaking a few of the settings can create some hilarious results. This one is called ‘artistic’ and provides a simple one-touch operation to edit photos to give somewhat artistically pleasing results.

The program is quite large. It is about 36 MB in size and downloading can take a while if it is done with an onerous internet connection. Once downloaded, installation is a breeze and is over in a jiffy. For this review, the machine used was running a dual-core Intel processor and Windows 7 32-bit. The program can be run on any Windows operating system from Windows XP. The program can be downloaded from its website.

The software works surprisingly well, especially considering that it is made by a small company. There are no bugs to report and it works quite smoothly. It is light on resources and also quite quick. However, these do not cover up for the fact that the interface leaves a lot to be desired. For seasoned photo editing software users, the interface is too clumsy and cluttered to be attractive. But for a more novice audience, it could work. Simplistic touches abound and first time users should have no difficulties with the application. 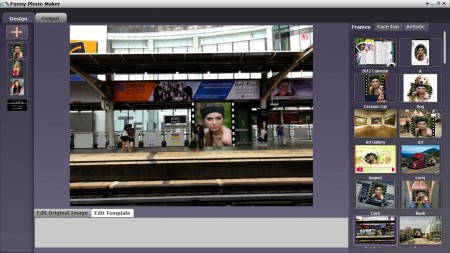 Funny Photo Maker is an application that should be used by children and absolute computer novices. The effects are amusing for sure, but they also leave a lot to be desired on the functionality front. If anyone is at all serious about photo editing, they should look elsewhere, especially online editing software such as Pixlr, Sumo Paint, etc.