Best Machine Gun Sim Free is a Windows 10 gun simulator app which will offer you virtual weapons with sounds which look pretty realistic. The app offers you various types of guns, which you can load with bullets and fire. You can hear the gun shots as you use the weapon. The whole scenario looks pretty realistic and you will feel as if you are firing a real gun.

The Windows 10 gun simulator app can be downloaded from the Windows 10 store or from the link given at the end of this article. When you start this app you will come across an interface like the one given in the screenshot below. 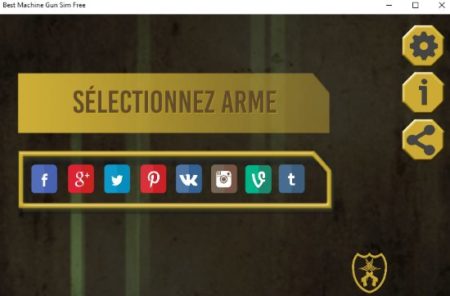 The app is in a different language, but you wouldn’t need to understand much in the app. The home interface asks you to select a gun model. There are about 4-5 gun models which you can use for free. Rest all of the guns are locked and available in the paid version of the app. Go ahead and click on the select arm button and you will be shown guns which are available in the app. This can also be seen in the screenshot below. 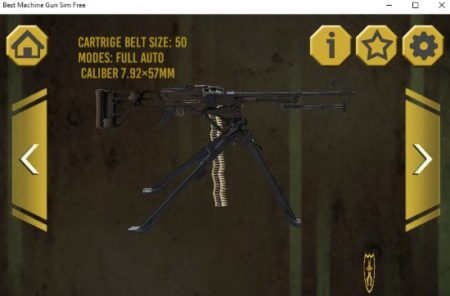 You will be shown a gun model and brief description of it at the top of the screen. Arrow button on both sides of the screen will let you scroll for more guns. When you like a gun model and want to try it out, then simply click on the gun image and it will open up in full screen mode, as shown in the screenshot below. 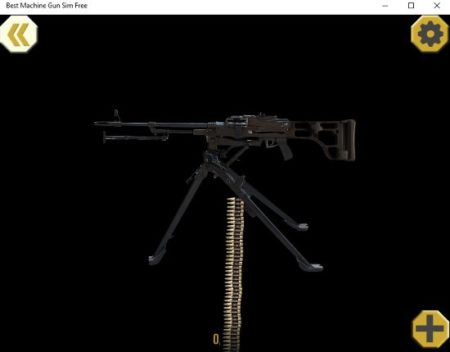 Now click on the bullets on this screen to load them in to the gun. Click the clip on the gun to make the gun ready for fire. Once done, press the gun trigger to fire the gun. When you pull the trigger you will be able to hear realistic gun sound and realistic gun fire. The empty shells from the gun will start flying around as you fire the weapon. This process can also be seen in the screenshot below. 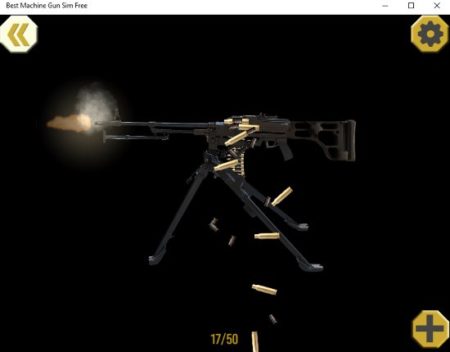 At the bottom of the screen it is shown how many bullets can be fired from the belt at once. After that you will need to reload the bullets again.

Best Machine Gun Sim Free is a nice gun simulator app which will give you a feeling that you are shooting a real gun. The sound and animation of the app are pretty realistic. The free version only offers you five guns to try out. So you can upgrade to the paid version to try out more weapons.