Sign language is not a universal language, meaning each country and region has its own sign language, there is no standard one which everyone uses. There might be similarities in the signs, but they are not the same. Even in the United States there are three major forms of sign language which are ASL (American Sign Language), PSE (Pidgin Signed English), and SEE (Signed Exact English). This app covers the ASL form of sign language.

The app starts with a small description about what sign language is and how it is used to communicate. When you click the start button you will be asked to select of two categories. The first is alphabets and second is numbers. You can pick a category to start learning. This can also be seen in the screenshot below. 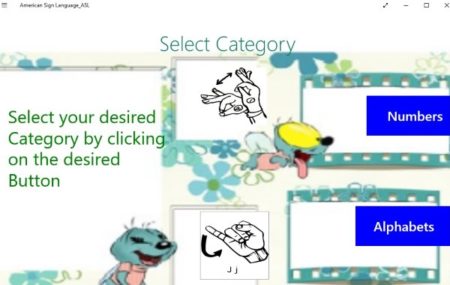 Once you select a category you will be taken to the category page. For example if you selected alphabets then you will see the first alphabet “A” and its sign will be shown to you. This can be seen in the screenshot below. 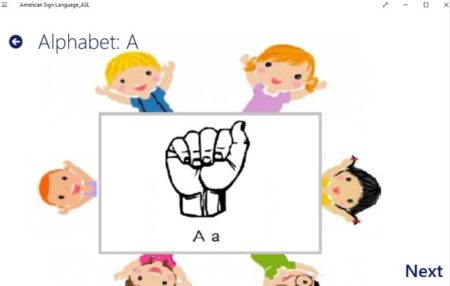 Similarly, when you choose numbers, then number page will open up along with the sign shown for it. The number range starts from 0 and goes upto 9. 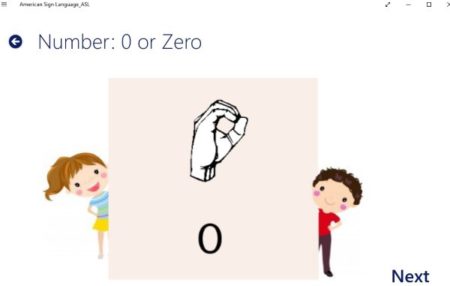 At the end of the category, you are shown some inspiring quotes about sign language. Like the one shown in the screenshot below. 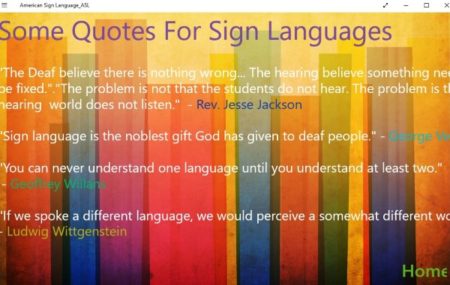 The app is pretty basic and teaches you sign language in a easy way.

There are a lot of sign language apps in the Windows 10 store, but none of them are free except this one. There is also a paid app with the same name. You will also find some apps which communicate the Bible to you in sign language. But as far as free app goes this is the only one available for your PC in Windows 10 store. The app is not bad for beginners or kids to learn the basic gestures or signs you make for a alphabet or number.