AWS Command Sets is a tool for Nimbella Commander to audit EC2 status, billing, RDS tables, routes right from Slack. With the help of this Slack app, you can run few commands to get status of various AWS components and see the results. This tool fully integrates with Slack and you can run it from any workspace. To make it work, you only have to assign AWS access keys and then it’s all set to fetch reports from AWS console. This is open source as well and you can inspect it source code on GitHub right from this URL.

With AWS Command Sets, you can fetch status of EC2 instances, reboot EC2 instances, fetch AWS billing details, see details about routes, audit database tables, add AWS route53 hostname, and some others. You can do all this by running simple commands right in Slack. When you are using this tool, you will not have to leave the Slack window to check your status of AWS component. It is good for DevOps and IT teams as you can simply get report of any AWS account right in Slack in just a few seconds. 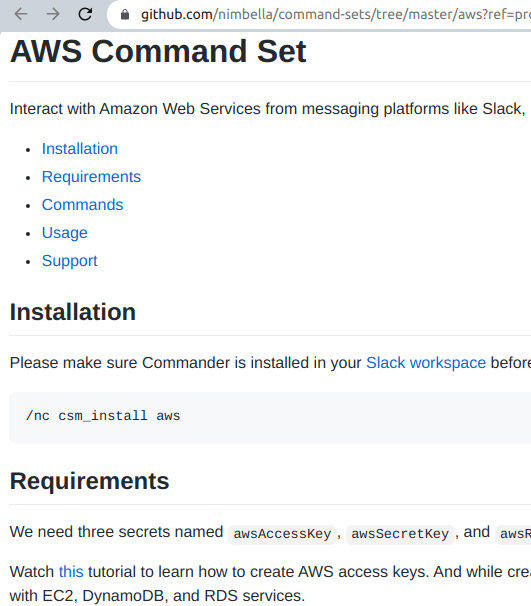 Using a w s command sets is very simple. You only have to install Nimbella Commander first and then you are all set to go. So install it from here and then proceed with installing AWS Command Sets. 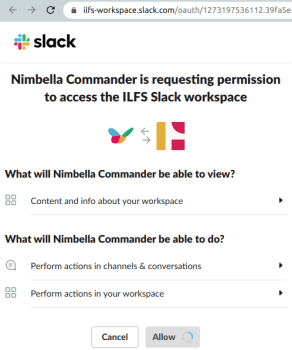 After Nimbella Commander is installed. You just run the following command. It will install and set up and AWS Command Sets and you are then all good to go. 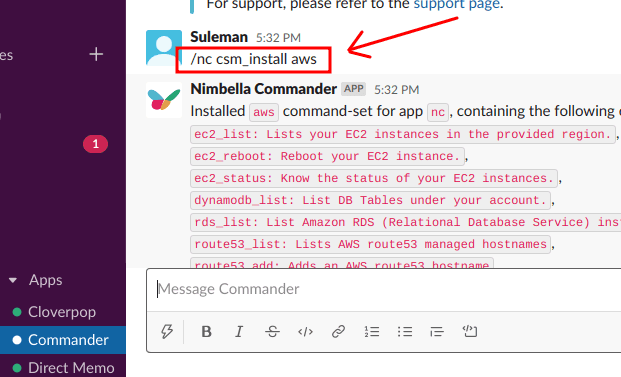 But before actually start using it, you have set three things in this. You will need AWS Access key, Access Secret, and AWS Region. You can create a new user in AWS Console with “ReadOnlyAccess” policy and then copy down the credentials. See how to do that in this video. After you have the credentials, you have to assign them to three variables, namely, ‘awsAccessKey’, ‘awsSecretKey’, and ‘awsRegion’. To set the credentials, you run the following command. 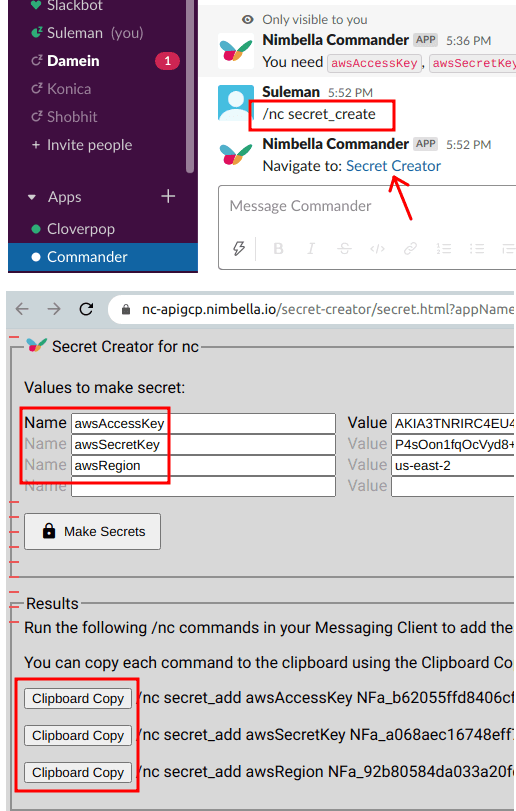 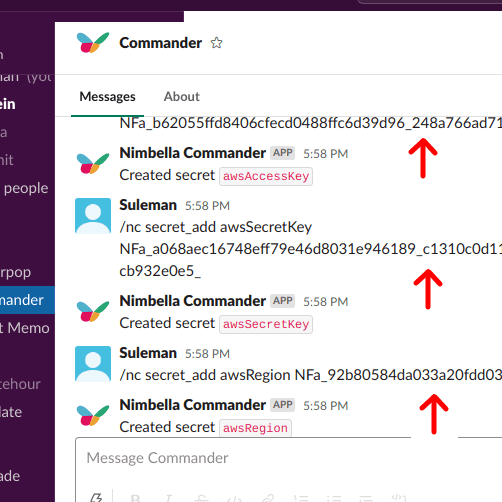 Now, at this point, you are ready to use it. There are many things you can do and there is separate command for that. See the following list of commands and then use them accordingly in Slack.

For example, if you want to see list of status of EC2 instances in your account then you run the following command. It will show you the status of the EC2 instances and similarly, you can run other commands to get things done.

In this way, you can use this simple Slack app to manage AWS assets right from a Slack workspace. You just have to run simple command and see the output. For all the functions, you can go through the docs on GitHub and then start using it accordingly.

If you use both; Slack and AWS and then you will find AWS Command Sets tool very useful. With this, you will never have to leave Slack UI in order to see status of few AWS components. Just run simple commands, in your workspace and see the results. This is as simple as that.