After this app has scanned the picture folder for duplicates, it presents you with preview of the duplicates. This is quite useful because you will not have to hunt for the pictures on your PC and open them individually.

The only downside of this app is that it is only able to scan for duplicate pictures in Windows 8 pictures folder and does not go through the whole computer even not through the documents folders. This tutorial will be a little shorter than usual as the app is very simple and straightforward. 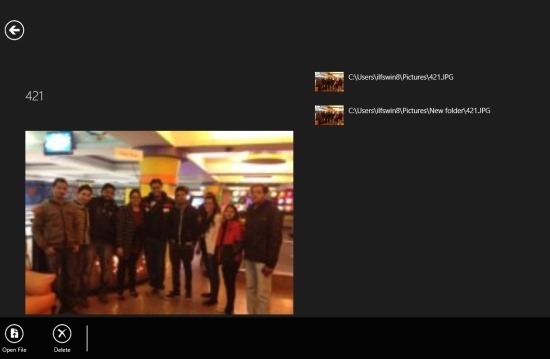 In this manner just remove unnecessary picture duplicates in Windows 8.

The app is quite basic, and the fact that it scans only Pictures folder limits its use a lot. Still, if that is where you keep most of your photos, then this app can come handy.