This is a quick tutorial to explain how to fix high CPU usage by Windows Defender on Windows 11. Kevin Glynn, aka “Uncle Webb” discovered a bug that causes Windows Defender to use all the CPU registers which eventually impacts the overall system performance. To fix this they have launched a free software called Counter Control that you can use to see if Defender is using CPU cycles way more than it should.

Many other users have also reported the same issue but not everyone has this as of now. But if you are one of those who is having this problem, you now have the solution. This Counter Control software monitors and logs the “IA32_FIXED_CTR_CTRL” register of Intel processors. It generates a simple report that you can use to analyze if any application is using Intel fixed-function counters.

After detecting the counter usage of Defender, you can reset them. And this way, you will be able to prevent Defender from stealing a lot of CPU cycles. 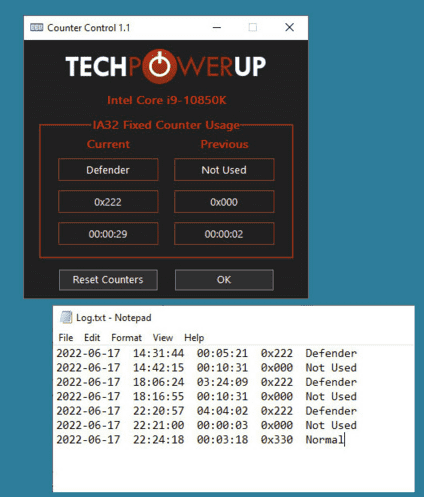 How to Fix High CPU Usage by Windows Defender on Windows 11?

You can download this software and then simply open it up. The main interface will show up. Based on different scenarios, it will show you the following possible output. 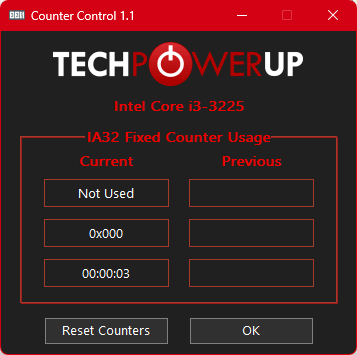 Now, if you see the warning or Defender flag then simply hit the Reset Counters button. It will now reset the counters and will optimize Defender to CPU efficiently. This is, however, a temporary fix. A permanent solution will be provided by Microsoft probably in the coming updates. But till then you can keep using this software for free.

If you have intel processors on your PC/laptop, especially, 8th, 9th, and 10th generations then you may have this issue already. And you can use this software here to fix it. Just see if the CPU registers on your PC are being overly used by Defender and just reset them in a click in case they are.