Spy Eye Lite is a free iPhone spy camera app which lets you record videos and capture photos secretly. The app lets you capture the videos and click photo in such a way that other users will not be able to realize that they have been recorded. You can secretly record a video or secretly record photo on your iPhone. While recording, it completely blacks out screen of your iPhone, so no one would be able to realize what you are doing.

The app saves the captured video and photo to your iPhone’s memory so that you can access or share them easily whenever you want. 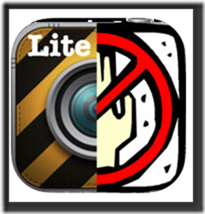 You can get Spy Camera Lite from the iTunes App Store or by clicking the link given at the end of this review. Its really very easy to use this iPhone spy camera app to capture both photos and videos. When you launch the app, you will see the following 5 options on the home screen: Video, Photo, Video List, Photo List, and Settings. Let me first explain how to capture the videos first and later, I will tell you about how to capture photos secretly. 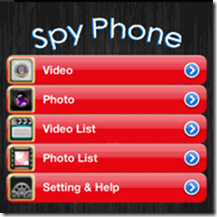 How to Secretly Capture Videos on iPhone:

To capture the videos, first tap on the Video option followed by a tap on Take Video on the next screen.  The app will launch the camera app for recording the video with three options at the bottom: Exit, Play, and Hide. 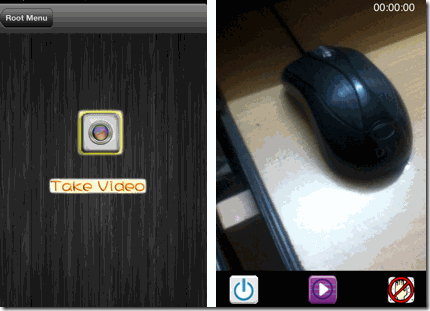 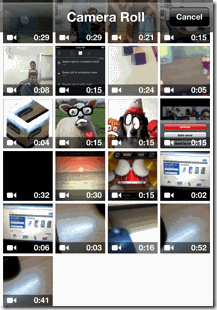 How to Secretly Capture Photos on iPhone:

The steps to capture the photo are exactly similar to the one for capturing the videos except the fact that you have to tap on Photo option on the home screen. The rest is same like double tap to capture the photo, tap on Hide option to blacken the screen, etc. The only flaw while capturing the photo is that you can’t go back to the home screen of the app once you have blacken the screen. The only option to go to the home screen is that you first need to minimize the app by pressing the home button on your iPhone. Now, kill the app by double pressing the home button and re-launch the app. Now, you can access the captured photos easily from the Photo List option.

As you have read that the app turns the screen black to hide it from the others that you are capturing the video or photo, but you can also replace it with any of your existing photo. To do this, go to Settings option and tap on Set Overlay Image tab. Now, select the photo which you want to use. 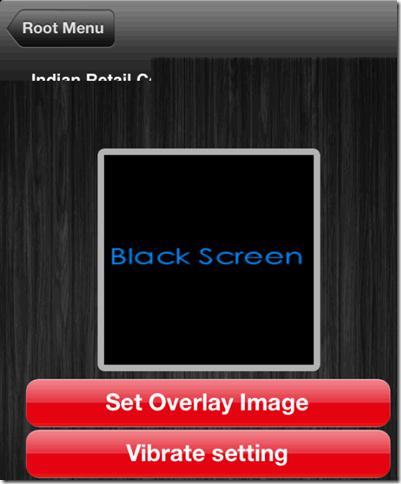 Spy Camera Lite is a very good iPhone spy camera app for capturing videos and photos of anyone secretly. The app worked absolutely fine. So, if you are looking for an iPhone spy camera app, then go for it. However, I wouldn’t suggest you to use this app for wrong things.