In this post, I have listed some best free MAC apps to easily edit existing font files on your MAC. And if you want to create fonts from scratch then you can do that as well. With these font editor apps for Mac, you can open a TTF file and then modify it based on your needs. These apps offer you some editing tools to edit the fonts and save changes or export that to a new file. In some of these, you can even find option to import font from SVG graphics and then edit them using the vector graphics editor module.

There are some website to edit font but if you want to do that on your MBP, then you can rely on the following tools. The font editor in these apps have tools to edit the stroke, control points, drawing, geometrical shapes, grids, pan, zoom, path setting, eraser, etc. With the editing tools, you can edit a lot of aspects of any font that you import here and then save the changes in the same file. Apart from editing, there are some resources for you to start from the scratch and export your new font. 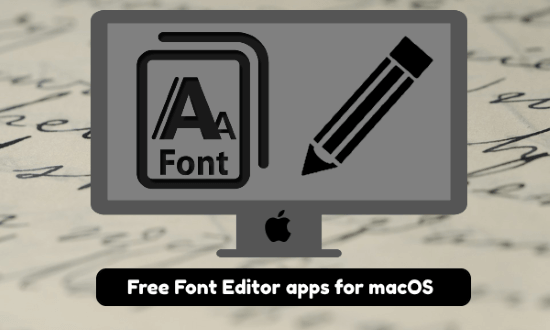 If you are interested in typography, then you can create your custom fonts. You just need to have some basic knowledge of font files and how they work. In some of the following apps, you can import the fonts from a vector graphic formats as well. A perfect use case of these software would be in creating custom fonts that you can use in place of some paid fonts out there. And in the below post, I will talk about 3 such apps for MAC. 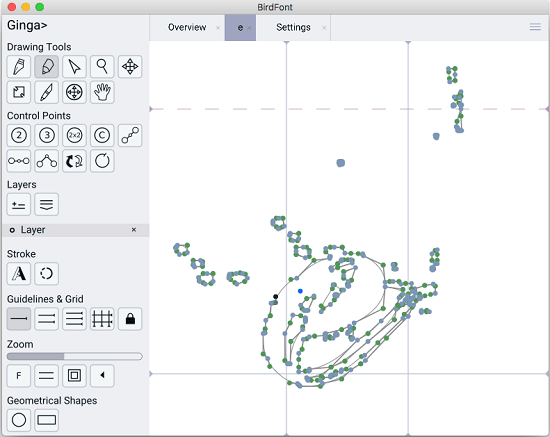 BirdFont is one of the best free font editor for macOS that you can use. This is a powerful font editor app which lets you edit a font on MAC with ease. You just import a TTF file and edit the letters on the interface of the tool and then simply save the changes. It extracts all the letters from the font file and show it to you. You can simply select the letters you want to edit and then edit them using the different editing tools on its interface. It lets you save changes in the current file, or you can export the changes in a new font file.

BirdFont is an open source software for MAC to edit fonts on MBPs and iMACs. Download it from the link above and then start using it right away. But before running it, you will have to allow it from the MAC’s security settings as it comes from an unidentified developer. From the main interface, you can either start creating a new font from the scratch or edit an existing one by importing in the editor. Do note that creating a font from scratch will take a very long time as you have to create design for each alphabet.

So, import the TTF file in the editor of the app. There are different tools to edit the paths and shapes in the font file. Apart from a TTF file, you can import font data from a vector file as well. All the tools are on the right side of the toolbar and you can use the one you want to use. Change the stroke, geometrical length, and other parameters of the font and then save the changes. 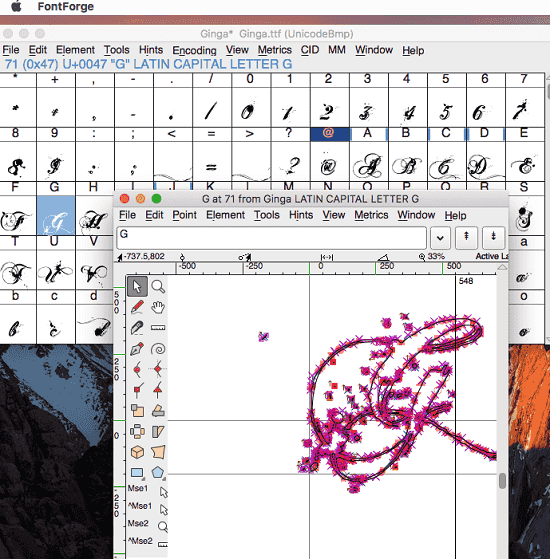 FontForge is quite a popular tool for Windows and MAC machines to edit fonts like a pro. It is an advanced tool that supports many formats to import existing font files and edit them. This app supports font file formats such as TTF, OTF, and some others. This is actually quite powerful software for MAC with features like designing, manipulating shapes of punctuations, and special characters. There are a lot of options on its main interface that you will help you edit or create a professional looking font.

Before or after installing this app, you will have to install XQuartz from here. The installation process for XQuartz will take a few minutes and then you can launch the main app.

Import a font file and it will read all the characters from it and will list them. After that, just select any character and this app will open that in the editor. Next, you can use the different tools in the toolbox to edit the font properties. Make use of the ruler and other tool to change the height, weight of the letter and its axes. You can omit some of the stroke as well and then simply draw one. So, use your designing skills and then finally save the changes. 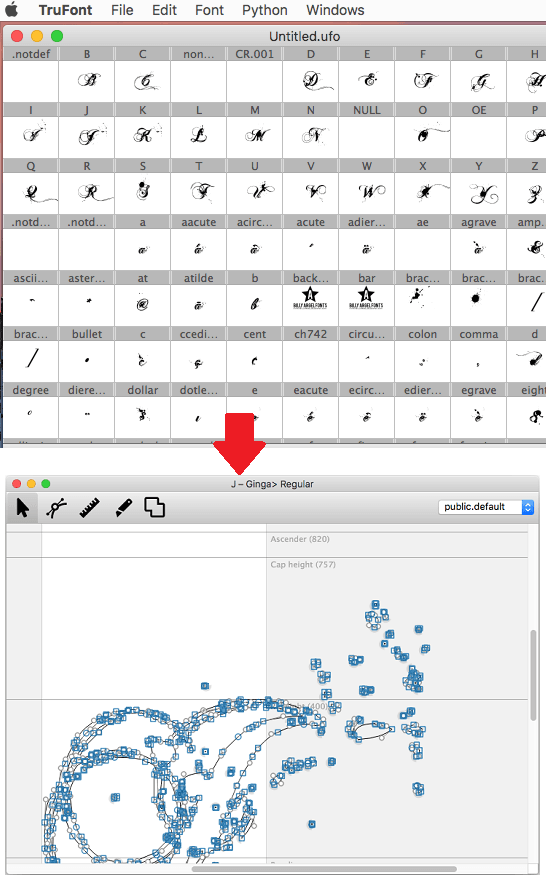 TruFont is another free font editor for macOS that you will like. It lets you edit fonts on MAC using existing TTF and OTF files and you can create new fonts from scratch as well. It has a simple interface where you import a font file, select the letter you want to edit, and then you are good to go. The editor of this app doesn’t have more advanced editing but tools but good for basic editing. You just edit any font in this app and then simply save it as separate file or save changes within the same file.

You download the DMG file of the app from above link, mount it, and then launch it. Just like the above app, you will have to allow it from the MAC’s security preferences. After that, you just have to import a font file from local storage and it will list all the characters from that file on its interface. Select the one you want and it will open it in the editor window where you can make the adjustment in the font stroke, and other parameters. Finally, save the changes and keep editing the font files in the same way.

These are the best free font editor MAC apps which you can use to edit font files on Mac. Import a font file and then simply edit the different aspects of the font in the intuitive editor of the apps I have listed. There are other features in those apps and you can use to create a font from scratch as well. Fonts are basically vector graphics and in some of them, you can import font from some vector graphic format such as SVG. Personally, I will recommend you to use Birdfont and FontForge. And if you want to try a simple font editor with minimal features then you can go with TruFont.