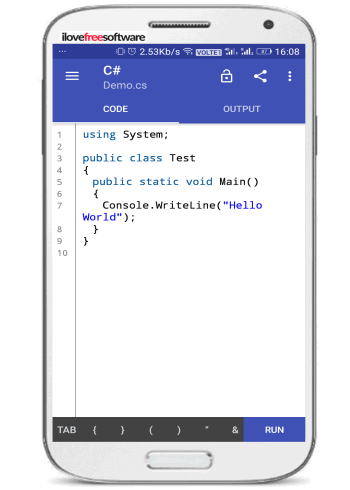 I also want to share another Android app from which you can read and download documentation of 140+ programming languages. If you are new in coding then you can use this app to download documentations of programming languages in which you are interested in and then use the online Android compiler that I have reviewed here to practice coding right from your smartphone.

How to use this free Android compiler app to code in your favorite language:

Download this Compiler for Android from the link the link provided at the end of this review. After that, open it and select a programming language from the app menu, as shown in the screenshot below. 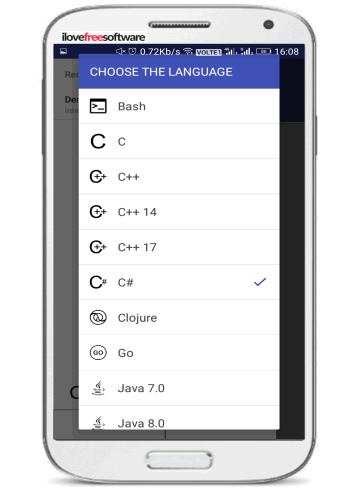 After that, you will see its code editing interface, as shown in the main screenshot of the app. You can write your code here and execute it. It also gives you the option to choose between two themes i.e. light and dark, increase/decrease text size, clear all text in the editing screen, etc. The code is displayed with proper indentation and line numbers. Once you have written the code, tap on the “RUN” button to compile the code. As I mentioned, it requires an internet connection to compile the code, make sure your phone is online. If your code is correct, you will see the program output in the OUTPUT tab of the main screen, as shown below. 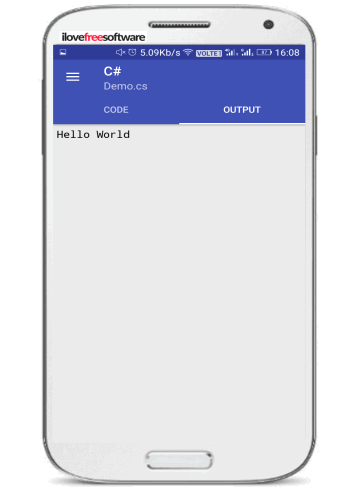 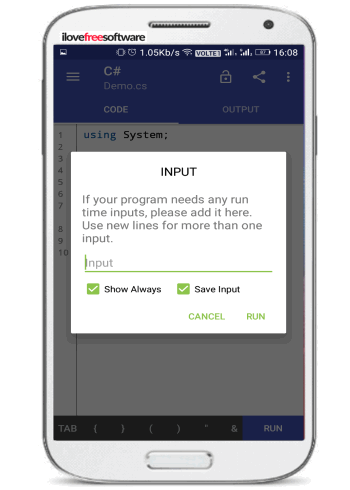 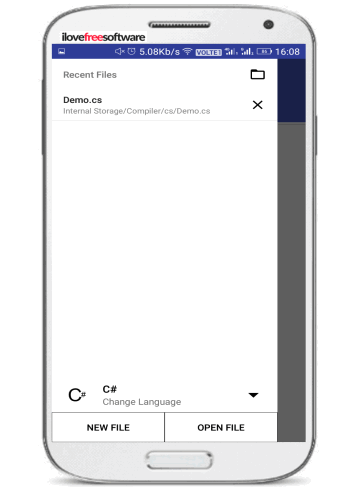 The program files are automatically saved and can be found at the location specified under the files name in the app menu. You can also open the saved files to continue code from where you last left off from the “OPEN FILE” option of the app menu.

If you want to code in multiple languages from a single Android app then Online Compiler is one of the best options available for free. Its intuitive interface allows you to quickly switch between multiple code files and execute them. The compiling process is also fast and will work smoothly even on slow internet connections.