MemoryObserver is a free Firefox addon which lets you see memory consumption of Firefox browser in toolbar of Firefox. It calculates the memory working set of Firefox and then shows it in Firefox toolbar. It just needs a assistant software to be installed on your PC and to show you the memory usage. And not just on Windows, but you can use this addon on Linux as well. And the best part is that this tool works with other Firefox based browsers too. For example, you can use the same addon in the same way in Waterfox as well.

If you want to see how much memory the Firefox browser is using while you are using it, then simply use MemoryObserver addon. It keeps updating the memory usage in GBs in the toolbar. You can use that without actually clicking on its icon. And it will keep showing that till you have installed its native software. 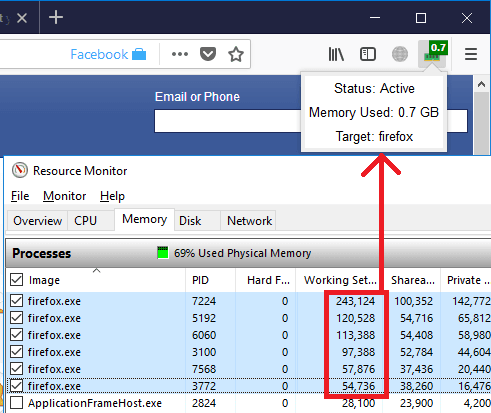 How to See Memory Consumption of Firefox in Toolbar of Firefox Browser?

By default, this addon shows the memory usage for Firefox browser. But if you are using Firefox based browser like Waterfox, then you will have to make a little change. You will have to change the process name in the addon settings page.

Here is how to use this addon.

Step 2: To install the addon, go to the addons section and then click on the gear icon. After that, choose “Install Add-on From File…” option and then specify the addon file you have downloaded in step 1. 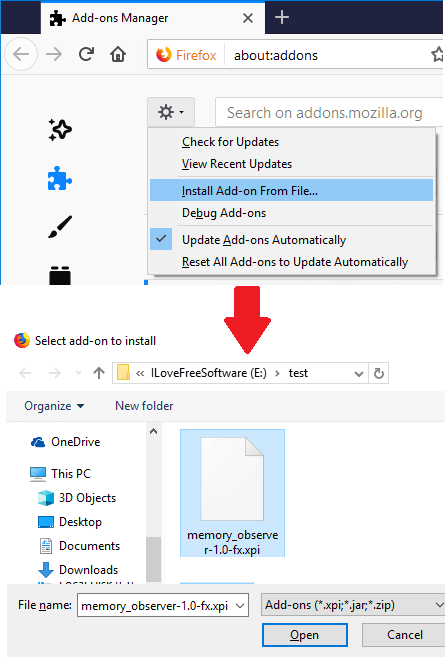 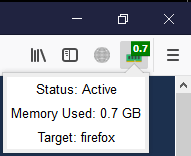