This article talks about the new QR Code sharing feature in Chrome that allows sharing webpages using QR Code. Google built a QR Code generator right inside the Chrome web browser (desktop). When enabled, this feature lets users to generate a QR Code for any open webpage for sharing. That QR then can easily be scanned by a phone leading to exact same page on the phone. This way, it let users quickly share webpage without dealing with links and texting.

QR Code sharing is a new feature that is available in the Chrome Canary builds at the moment. The feature is disabled by default so you have to enable it first. As you have to scan the QR code on other devices that shorten the sharing to devices with cameras and maybe a QR Code scanner too. 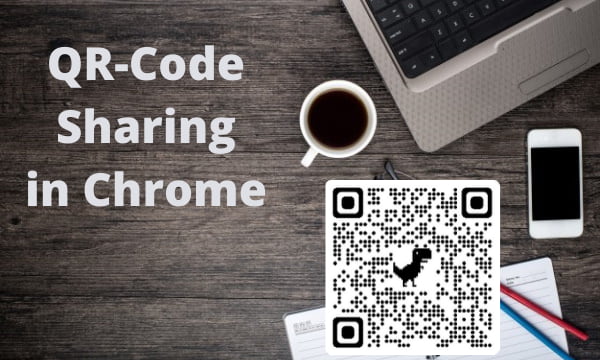 QR Code sharing feature is currently available in the Canary build only. To use the feature, you have to get the Canary version of Google Chrome. Canary builds are the same as the public or Beta builds of Chrome in terms of UI but have lots of new tweaks and features under the hood. So, get Chrome Canary from the official website and install it on your PC, here is a link to the same. 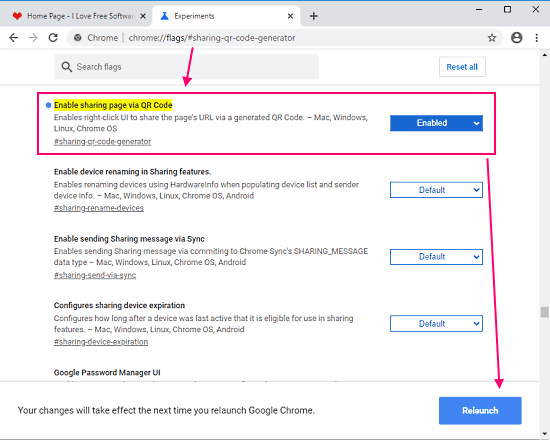 After installing the Chrome Canary, you’ll notice that the feature is not enabled by default. You have to enable it from the Chrome Flags. Paste the following text to your address bar and press the enter key:

This opens the Chrome Flags and highlights the “Enable sharing page via QR Code” flag. Click the “Default” option on that flag and change it to “Enabled”. Doing this opens a relaunch popup, relaunch the browser to activate the flag and get the sharing feature. 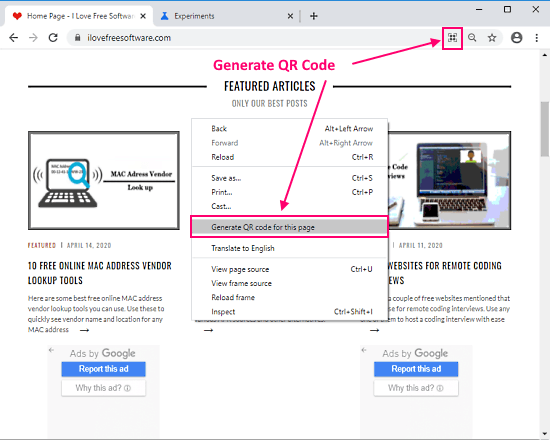 After enabling the flag and relaunching the browser, you get a QR Code icon in the address bar. Clicking that icon generates a QR Code for the active page and show it on the screen. Alternatively, you can do the same from the right-click context menu as well. 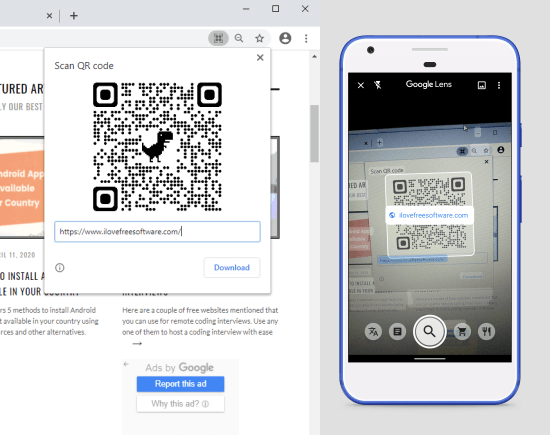 Once the browser shows the QR code on the screen, you can scan it with your phone. Scanning the QR Code shows the URL to the webpage and leads to the same webpage on the phone when tapped.

This page sharing via QR Code is a handy feature to quickly share links between different devices. This can easily be a simple and quick method to most people for sharing links from their PC to phone. However, in a general scenario, this feature is limited to sharing PC to mobile or maybe tablets only. Also, users need to have a QR Code scanner on the phone. Since many OEMs include QR Code scanning within the camera app so that won’t be a problem for most.