Pengu Hurdles is a Windows 8 Penguin Game. In this Game, you have to save the running Penguin from the Hurdles that come in their way. Jump over the Wooden and Iron blocks to avoid hitting them. Also avoid hitting the mines that have been buried in the field. The game has 10 levels to play.

The easy game play and controls of the game will ensure that you spend long hours playing this fun filled game.

It is freely available in the games category of the Windows store. 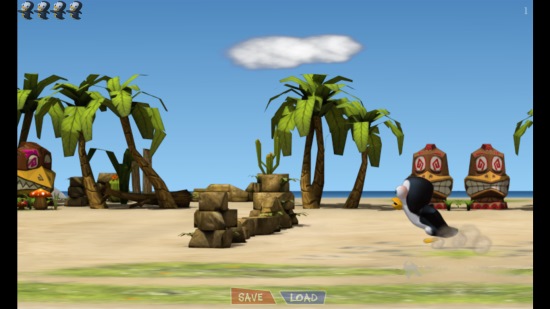 As you get to the game after launching it, the game will straightway start. 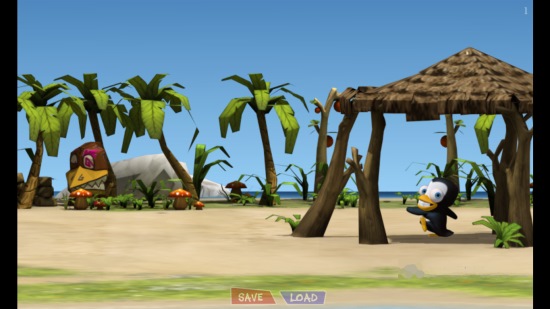 At the starting of the Game, you would be given 5 Penguin life’s. Remember that you don’t hit the blocks and the mine that have been laid down on the field.

The controls of the game are quite easy. You just have to click with the mouse to begin. As you begin the game, the penguin will begin to run. You have to see that you hit that mouse button at the right time to avoid the wooden and iron blocks that are placed in the way. The more time you keep that mouse button pressed, the longer would be the jump. If you hit them accidentally, you will die and would lose one penguin life. A number of mines have also been placed all along the way. You have to avoid these mines also, because they can explode as you touch them. Exploding will result in losing a penguin life.

You can also save your game at any time. For that, there is an option to save that is available at the bottom side of the game screen. When you hit the load button, the last saved game would be loaded.

My Verdict on Pengu Hurdles

Going with my experience with the game, I would like to say that Pengu Hurdles is quite an addictive and fun Windows 8 Penguin game. The controls of the game are quite easy. You just have to single click by mouse to progress through the game. The only thing is that this game only has 10 levels, so once you clear all of them, you are done. Ofcourse you wouldn’t feel like going through them again. Because, yes its boring to play the same levels again, even if you have a chance to score higher.

The game uses good quality Graphics and sound effect which will ensure a good experience on the user’s end. All in all, it is quite a nice game. I would really recommend playing it.