If you are curious about space exploration then you can watch NASA build the Mars 2020 rover live. We (humans) have sent 6 rovers to Mars so far with a purpose to explore the various aspects of the Red Planet. Initial 2 rovers were sent by the Soviet Union in 1971. The next four rovers were sent by the US out of which Curiosity was the recent one which is still operational.

Now, NASA and JPL engineers are working on next Mars rover which has a launch window in July-August, 2020. This new rover goes by the name Mars 2020 and currently is being assembled in Spacecraft Assembly Facility (SAF) cleanroom at NASA’s Jet Propulsion Laboratory (JPL) in Pasadena, California. 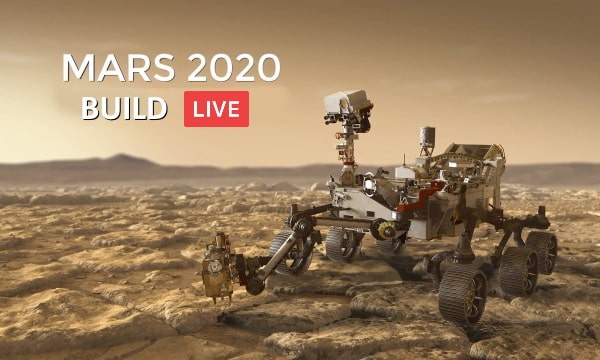 This rover is set to launch from the Kennedy Space Center, Florida and expecting to land in Jezero Crater on Mars on February 18, 2021. Mars 2020 will explore the planet to look for signs of past life on Mars which make it the first mission of such kind. The mission duration of this rover is at least about 687 Earth days (One Mars year). You can learn more about this mission and the rover here.

Also read: Learn About New Planet Discovery With These 5 Websites

With over 3 billion people have access to the Internet, NASA decided to live stream the assembly of Mars 2020 rover. The live stream is available on NASA website and YouTube. The live stream gives you glimpse in the Spacecraft Assembly Facility (SAF) cleanroom at NASA’s Jet Propulsion Laboratory in Pasadena, California where engineers are building and testing the rover. 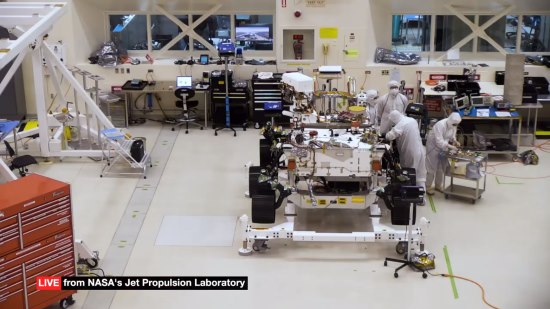 In the live stream, you can see the engineers working on the rover. The stream on YouTube has a web chat window from Monday to Thursday at 11 AM and 4 PM PDT. The title of this live stream is “Seeing 2020” which is actually the name of the camera used to capture the view from the cleanroom.

Here is the event timeline for Mars 2020 rover:

This is nice that we can now watch the engineers build and test the next Mars rover live. It is exciting for those enthusiastic about engineering and space exploration. Watching the rover being build live makes the people excited about the launch and all the stuff its going to discover.