The app even supports reverse playback of video, adjust the speed, and then save them to share with anyone you like. All the videos get saved to your iPhone’s photo album. The other cool feature of the app is it retains the actual audio pitch even if the portion of the video is turned faster to slower.

As per the app’s description, the app lets you slow down 24fps videos to 1/16  of their actual speed. It is available for iPhone 6 and iPhone 6 Plus. 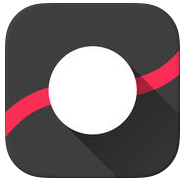 The Slow Fast Slow iPhone app lets you import any of your existing videos for adjusting their video playback speed. On launching the app, you will see the interface shown in the screenshot below. Tap on + icon to select and import video of your choice. 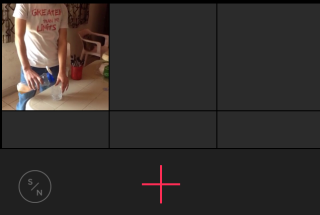 On importing the video, you will see the interface from where you can adjust video playback speed. You can see the controls are at bottom. The straight line shows video time length while the White color signifies the specific time interval. 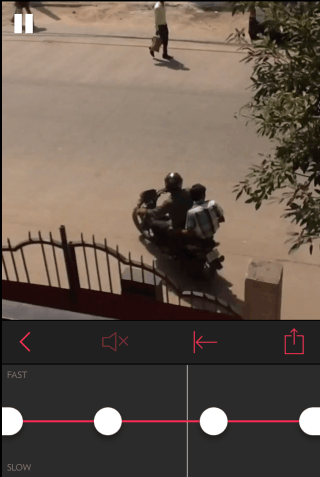 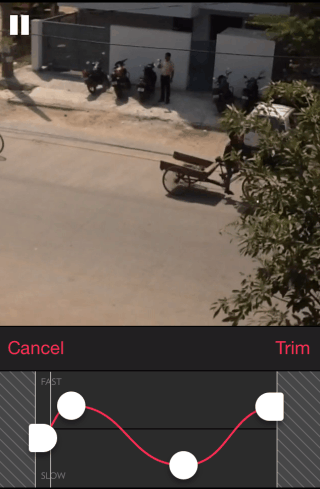 There are three more options in form of Red colored icon: Audio Pitch, Reverse, and Save. All these options perform actions suggested by their name. This way, you can import any video, adjust video playback speed and save the video.

You may also like: Edit Videos and Add Video Effects on iPhone.

Slow Fast Slow is an awesome iPhone app to adjust video playback speed as per your choice. I really liked the app as it is extremely easy to use. The app works absolutely fine with no error.