This article lists 5 free Tetris games for Facebook. Tetris is a very popular classic game which you might remember playing as a child. The game is quite fun where you have to arrange the falling bricks or blocks to form a complete line. When a line is created it disappears from the board. The games mentioned in this list follow pretty much the same guidelines of the classic game. But some of the games have made it more exciting by making these games multiplayer ones. Single player games are also equally fun if you are playing by yourself.

Tetris games have always been quite fun to play whether as a kid or even now. So let’s look at these free Tetris games for Facebook below. 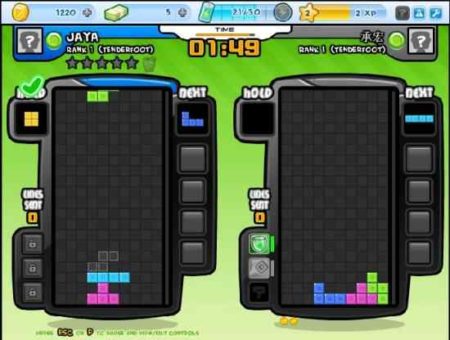 When the game is started you will see a screen like the one shown in the screenshot above. The left side playing area is yours and the right side playing area is that of your opponent. Click the start button to start the game. The Tetris blocks will start falling from the top of the screen and you have to place them at the bottom of the screen in such a way that the block make a full line. When the line is complete, it will disappear from the board. Both you and your opponent get 2 minutes of time to complete as many lines as you can. Whoever does that wins the game and both of you are awarded coins and stars as per your performance. You can also invite your friends to play this game with you. 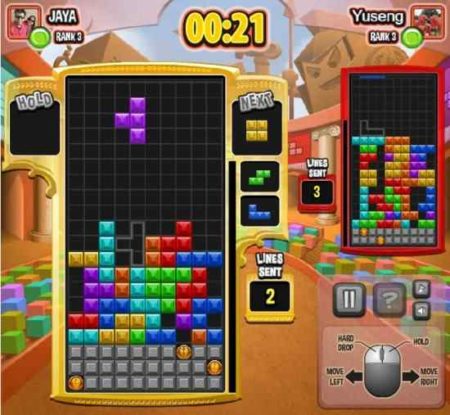 Tetris Battle Drop is a Tetris game for Facebook which is much easy to play. The game is mouse controlled which makes it so easy for the players to control the falling blocks. The graphics and the background sound in the game are quite nice as well. The game is a multiplayer game where you play against a random opponent. When the game starts it will show you the controls and rules of the game in a slide show. Go through the controls and rules. Use your mouse scroll to go right or left and left click the mouse to drop a block to the bottom. The mouse controls are great to play with.

After the tutorial you will be assigned a random opponent from the players that are online. After that you will click the start button to start the game. Each player gets 2 minutes to play and make as many line as possible. The lines that you complete are sent to your opponent as bombs. The person with more lines from the opponent on their board loses. You can also rotate your blocks using the mouse movement. The game is pretty fast and exciting to play. 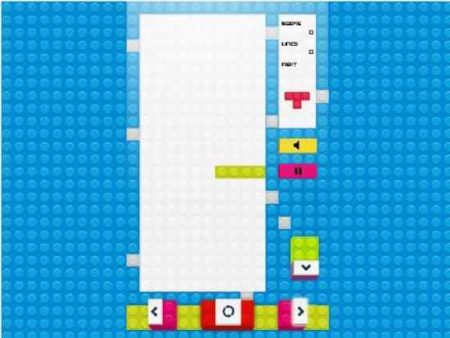 Tetris is a Tetris game for Facebook. This is not a multiplayer game, this is a single player game only. So if you are in a mood to play alone and do not want to compete with anyone, then this game would be good. The game interface will look like the screenshot above, which is pretty basic. The game follows the same pattern as all Tetris games do. Arrange the falling bricks or blocks to form a complete line. When a line is formed it disappears from the game board.

You will notice that the falling speed of the bricks does increase after a while of playing. so you have to maneuver a lot. Rotate the bricks and place them in the right line quite quickly otherwise they will land up in the wrong place. It the bricks reach the top of the screen, then its game over for you and you have to start a new game. 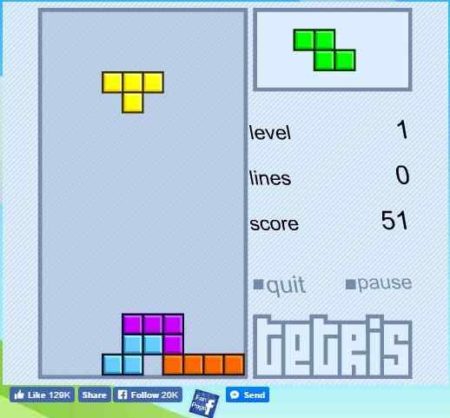 Tetris Blocks is also a single player Tetris game for Facebook. The game starts with you choosing a level you want to start playing at. After that click the ok button to start the game. The game window will come in front of you, as shown in the screenshot above. The Tetris blocks or bricks will start falling down from the top of the screen. You have to place them at the bottom of the screen in such a way that they form a complete line. Once a line is complete it will disappear from the screen. To move the falling blocks you can use the arrow keys.

The score can be viewed on the right side of the screen. You can see the number of lines that you have completed so far, the level which you are at, and the current score you are at. At the top right side you will also be seeing the next block shape which will be falling down. You also have the options to quit or pause the game. 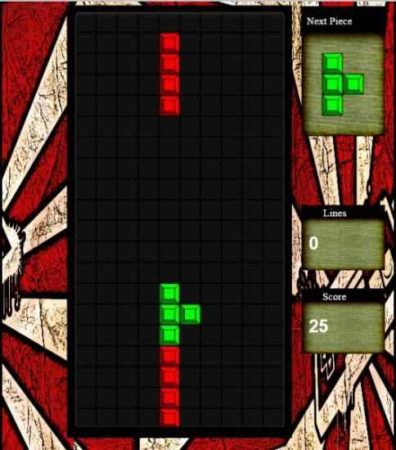 On the right side of the screen you will see the your current score as well as the number of lines you have completed so far. Towards the top right of the screen you will also see the next block shape which will be falling down, so you can be prepared in your mind regarding its placement. When the blocks reach the top of the screen, its game over for you. Now you can add a name for your score and it will be added to the leaderboard. You can also see the top ranking players on the leaderboard.

These are the 5 free Tetris games for Facebook. I enjoyed playing the first two multiplayer games, as they are quite exciting to compete with others. So do check out the multiplayer games first and if you are in a mood to play solo then try out the rest of the games.