This is the official app from RarLab and .is completely free on Android. If you have too many files and you are running out of space, than simply RAR file on Android with RAR for Android. The app also includes the ability to repair damaged RAR and ZIP files, encryption, benchmark function, and more. The interface of the app has minimum clutter and follows the Android design guidelines. 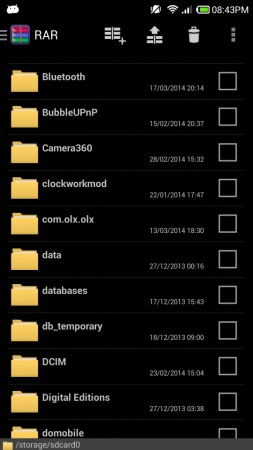 How to RAR or ZIP Files on Android:

To create an archive, simply select a file or folder by checking the tick on right. Then click on the add to achieve button as pointed below. The app will bring up the interface as seen below which will allow you to select the compression format, archive name, and other options. After setting the options according to your choice, click on “OK” button and RAR for Android will start compressing the folder and the progress will shown. 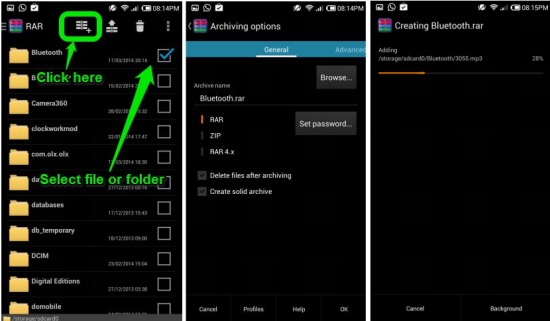 How to Unzip, Unrar files on Android:

Similarly, to extract an archive, select the archive in the same way as done above and then click on the extract button as pointed below. Select the destination, which will be the same by default and click on “OK” button; the app will start extracting and will show the progress as seen below. 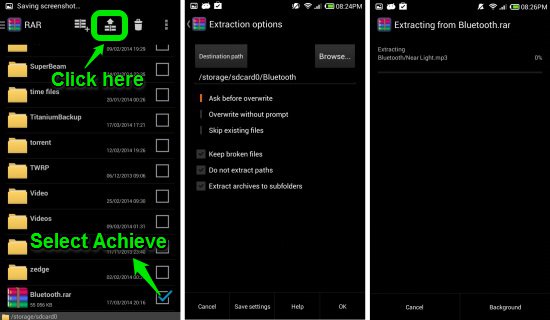 Other features of RAR for Android:

To access other features, such as test archived files, repair archives, setting and run benchmark. Just select an archive and click on the menu button and all the options will be listed in front of you as seen below. 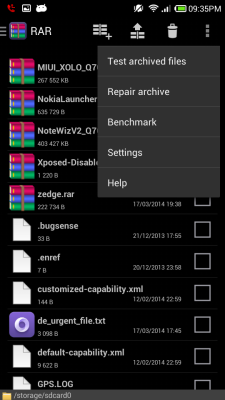 The benchmark function allows you to test the capabilities of your device. The results are compatible with RarLab’s WinRAR bechmark. Below is the screenshot of the app running a benchmark test. 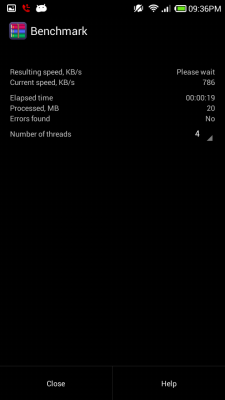 WinRAR has been one of the most popular compression utility for Windows. RAR for Android is the official RAR app for Android by the same developers. Now you get the similar powerful set of features on your Android phone. The app is also optimized for multi-core devices and so you will surely get good performance while extracting or creating archives on your device. The app’s interface is simple and allows you to handle compressed files with ease. All-in-all this is a great utility app for your Android device. If you want applications for handling RAR files on Windows, then try these.

Get RAR for Android here or scan QR code below. 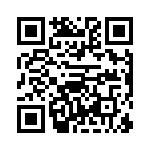