The app is very minimalistic and simple, and there is nothing special about the app. It only provides you with minimal control and options required of a player.

The default player of Windows 8 does not plays FLV files. That’s where this app comes handy. 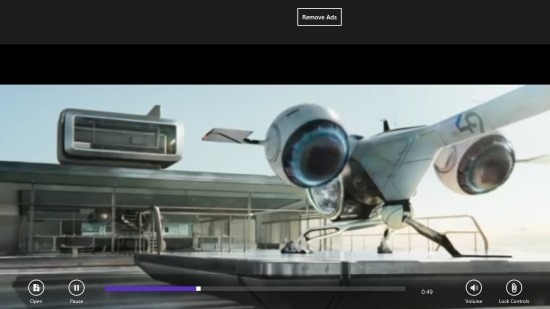 When you will run FLV player for Windows 8 from your start screen, you will be presented with a window that will present you the privacy policy; just click on the I Agree button to start using the app.

Then you will be presented with the window with a single button (pretty minimalistic, hmm!) which says “open a file”. This will bring up the window as shown below which will allow you to browse through the content of your Windows 8 device and search for the flv file that you want to open. 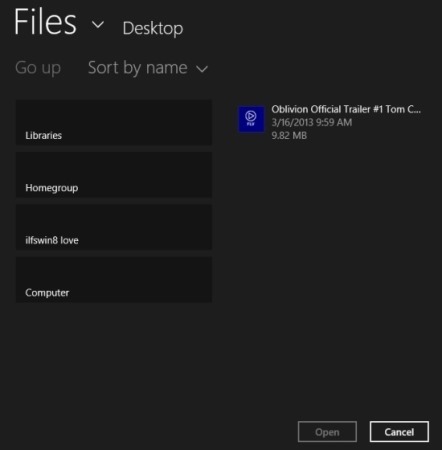 Now that you have located the file that you want to open up, all you need to do is click on it and then click on the open button to start playing the video file. The interface of video being played will look as shown in the first screenshot of this post.

The controls and options offered by the app are really minimalistic.

The options that the media player offers is the ability to play/pause the video, change the volume, and lock the controls; this is really useful if you are viewing the app on a touch screen device. One thing that absolutely annoyed me was that the app showed a huge advert banner on the top while playing video.

Download FLV media player from here. If you are not much for a metro fan and would rather use a traditional Windows application then you can try out Applian FLV Player for Windows, which is a free flv player for Windows.