Versefy is a free lyrics finder for Windows 10 that works with Spotify, Tidal, VLC, Foobar2000, and Winamp. It shows you lyrics of the currently playing songs in any of the supported players automatically. It uses multiple sources to fetch lyrics of the song and with multiple versions. However, this is only a lyrics finder tool and can only show you lyrics always on top window. Lyrics syncing is not supported in it.

This app has focus mode in case you want to show only lyrics, and you can increase the size of text. You have lyrics in bold text on your entire screen if you want to. It lets you configure multiple sources to fetch the lyrics. For now, it uses Musixmatch, Genius, and Tekstowo.pl. You can either turn all these sources or just any one of them.

Basically, this app looks for the song’s title in the music player’s window and shows you the corresponding lyrics. It can also fetch lyrics for songs in other language, for example, Hindi songs. You just start the app and then select the player in which the songs is playing, and it will take care of the rest. 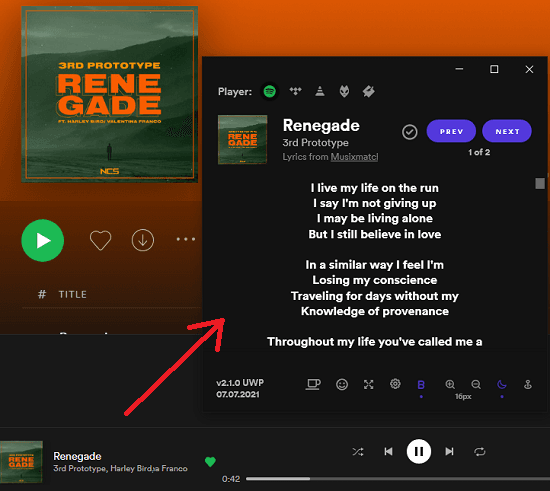 You can download Versefy from the Microsoft Store, using this link. After you have installed it, you just open it up and its main UI will show up. At the top side, you will see icons for all the supported players. See the screenshot below. 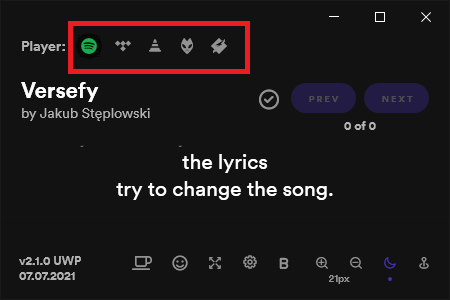 Now, you just open Winamp and then just play a song in it. Next, you click on the Winamp icon in the Versefy app, and it will fetch the lyrics of the current song. I have already mentioned how it works, so you just don’t pay attention to how it works. At first, it may take a few seconds to search for the song and downloading the lyrics. 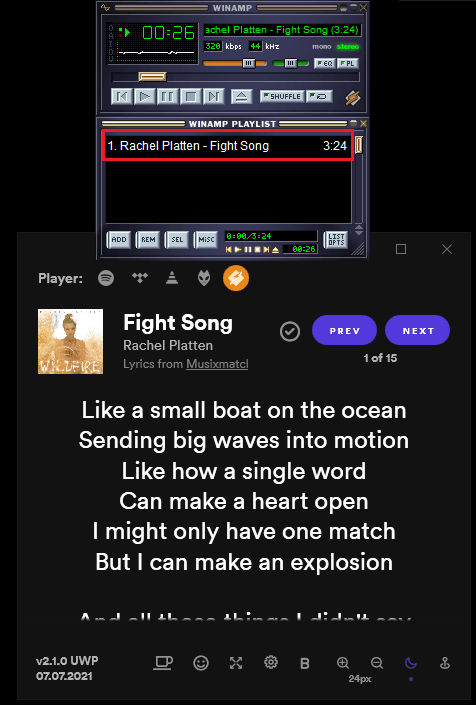 Similarly, you can use this app for a song playing in VLC media player. Play a song and then click on the VLC icon in the Versefy to let it fetch lyric and display them to you. 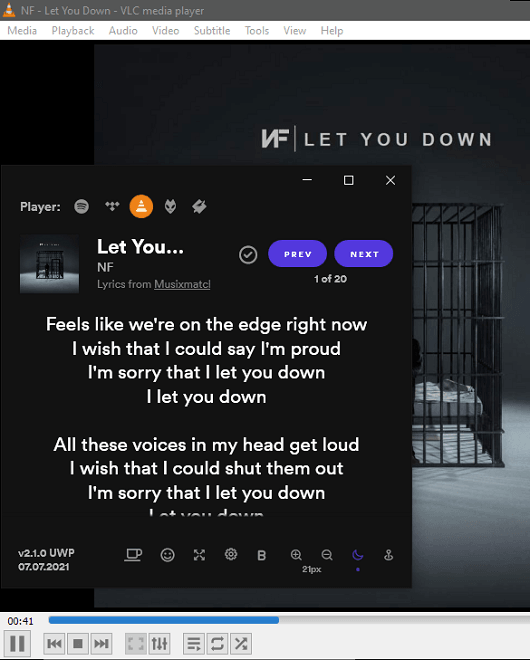 It can even work on non-English songs. I tried it on a couple of Hindi songs, and it worked on few of them. But this is not the limitation of this app, but the sources that it uses. To fetch lyrics for songs in different languages, the developer needs to add more sources. See the following screenshot, showing lyrics for a popular Hindi song. 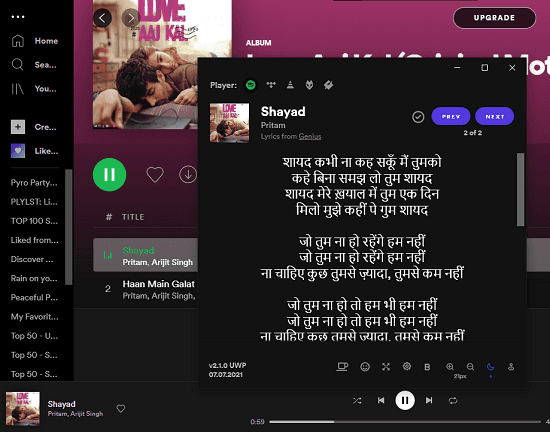 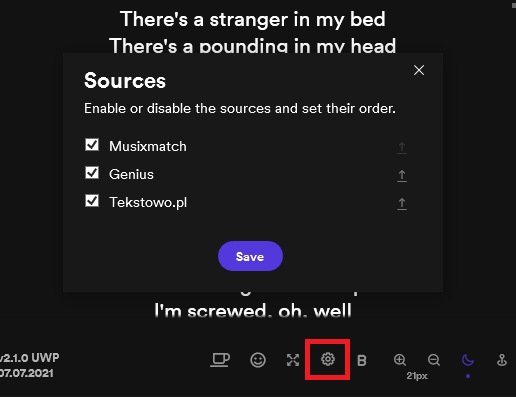 In this way, you can use this simple and powerful lyrics finder tool on Windows 10. This is very easy to use and there is an option in it to keep the lyric window on top of all applications. Also, you can change the font size of lyrics and toggle between dark and light mode. You can use it to memorize some songs, and it’s got all the right features for doing that.

If you are looking for a perfect lyrics app that works with multiple music players, then you are at the right place. The only downside is it doesn’t sync the lyrics with the song. It works most of the time, especially with English songs. With songs in other languages, it doesn’t work all the time, but I hope in the later updates, developer adds some other sources to deal with this limitation.