Automatic Screenshotter is a free software to automatically capture desktop screenshots at regular intervals. You can suspend and resume capturing, set capture rate, capture immediately when active window changes (no matter what the capture rate is), etc.

It also lets you set the capture rules, exclude applications from capture mode, the number of screenshots, etc. So, there are some unique features available in the software, which make it better than the others. 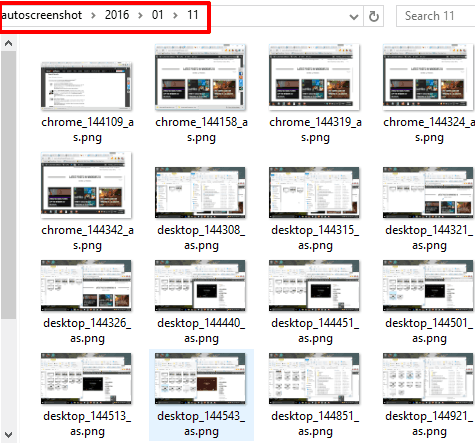 Above you can see screenshots automatically captured by this software.

Using this software is really simple. Download the software and launch its portable application file. Its interface shows Stats for the capture sessions. But first, you have to initiate a capture session. 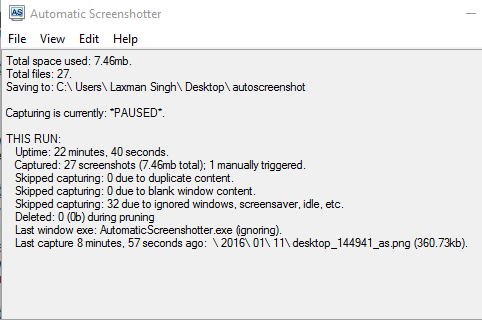 Before starting the capture session, it is good to open Options window. This will help you to access and customize the important options.

Here are some of the interesting things you can do with this automatic screenshot capture software.

How To Capture a Screenshot Whenever The Active Window Changes? 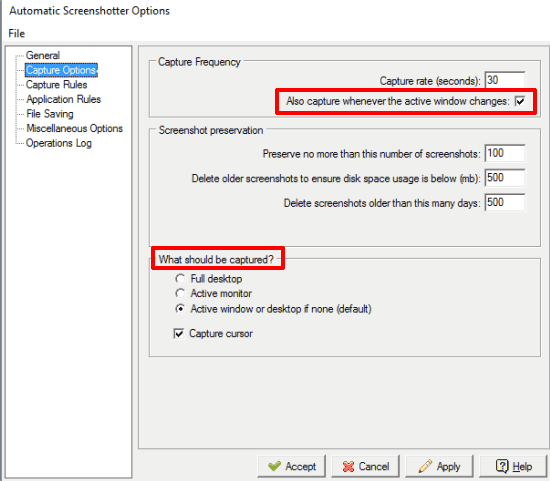 Apart from this, you can also:

How To Automatically Take Screenshots When Desktop Content Changes?

It might be possible that same window is open for quite some time, and nothing has changed in that. In that case, it might not be required to keep taking the same screenshot. To avoid that situation, this software lets you automatically capture screenshot only when the screen content changes. You can even adjust the sensitivity at which you want to monitor changes, by specifying number of pixels that should have changed to trigger a screenshot. If changes are detected, the software will capture the screenshot, otherwise not. So, the software is capable to automatically monitor desktop content (by matching the number of pixels set by you) and captures the screenshots. You can access Capture Rules section to enable this feature. 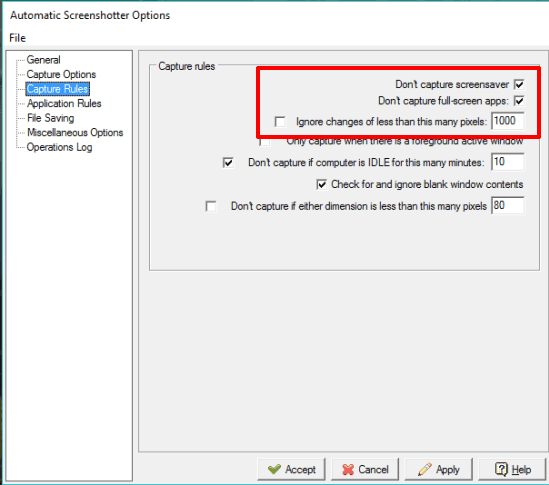 There are few more important options in Capture Rules section that you can enable, such as:

How To Capture Screenshots Only When A Particular Program Is Running as The Active Window?

You can set Application rules and include the programs in the Whitelist. After that, only such programs are included in the capture process. Whenever any of the Whitelisted programs run as the active window, the software will capture the screenshot. 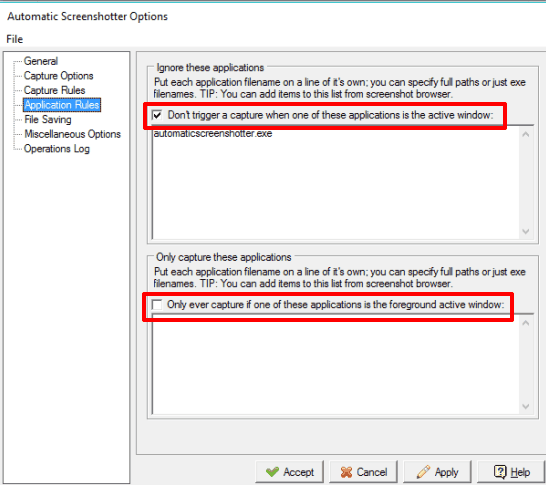 In a similar way, you can add programs in the Blacklist. Such programs are excluded from the capture process.

Apart from all these important features, you can also access the options to set the destination location to store the screenshots, set the output format (JPG or PNG), and file name pattern. Use File Saving section to access those options. 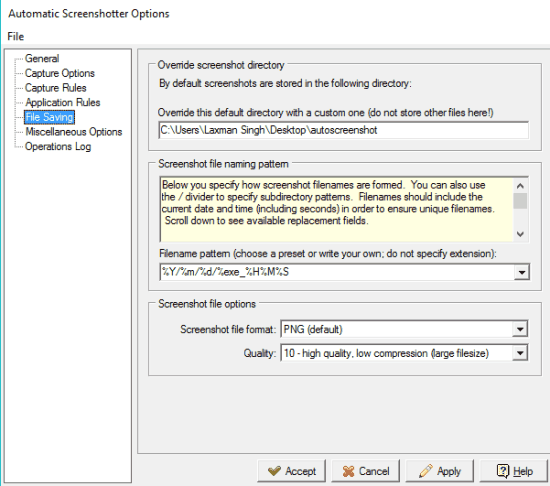