Super Gift Girl is a free Windows 10 adventure game app where you play as the gift girl who has to save Christmas gifts from being stolen by aliens. The game has nice graphics and background sound.

The premise of the game is that aliens are trying to steal Christmas gifts. You play as Santa’s guard who has the responsibility of saving the gifts from being stolen. You have to stop the aliens and recollect all the stolen gifts back.

The app can be downloaded from the Windows 10 store or from the link given at the end of this article. When you launch this game app you will see a screen like the one shown in the below screenshot. 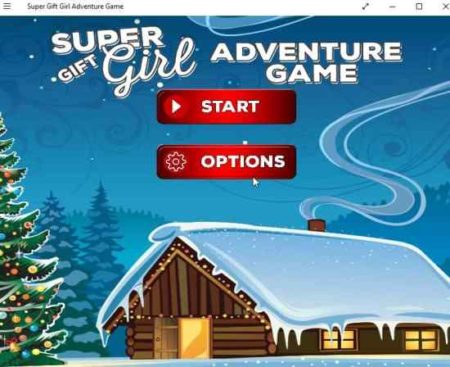 The options button lets you control the music and sound of the game. The start button will take you to chapter one of the game which further has 8 levels. One new level is unlocked when you complete the previous one. 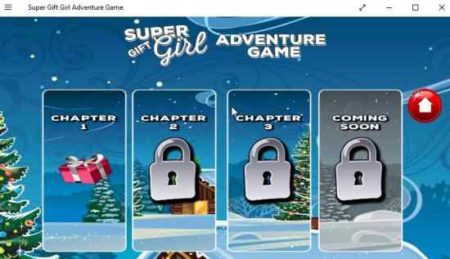 Christmas Wreath: this stops the aliens from escaping the place.

Gift bomb: this is to kill the aliens with one blast.

The bell: this weapon attracts all the aliens around to one the spot you threw the bell at.

Candy Stick: these sticks will kill the aliens.

The game window can be seen in the screenshot given below. 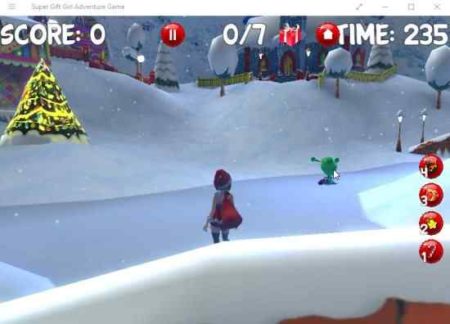 You can see your score on the top left corner and time remaining to complete the level on the top right corner. The weapons are listed on the right side of the screen. Whereas, the total number of gifts you have to collect are given at the top center of the window. Once you complete a level, you will get a screen like the one shown in the below screenshot. 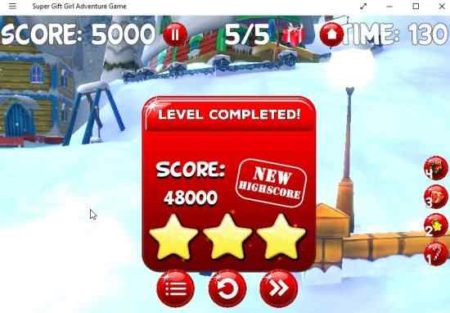 Features of this Windows 10 adventure game:

It is a nice game app to play and enjoy. The graphics according to me could have been better. The running in the game also seemed a bit confusing. It will take some getting used to when you start playing. So give it a try.