SciKey is a free iPad third party keyboard to type scientific characters with ease and simplicity. The keyboard includes all commonly used scientific characters and symbols like Alpha, Beta, Gamma, Lambda, Rho, Pie, mu, Omega, and much more. It also has numeric keys for numbers 0 to 9 so that you can also use it for typing mathematical equations and problems without switching the keyboard.

The first step towards using SciKey iPad third party keyboard is to enable it from your iPad’s settings. If you don’t know how to do it, then follow the steps mentioned below.

Step 1: Go to Settings option of your iPad.

Step 2: Tap on General and then on Keyboard option. 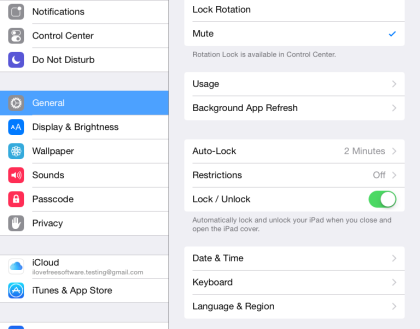 Step 3: Tap on Keyboards option from the available list of options. 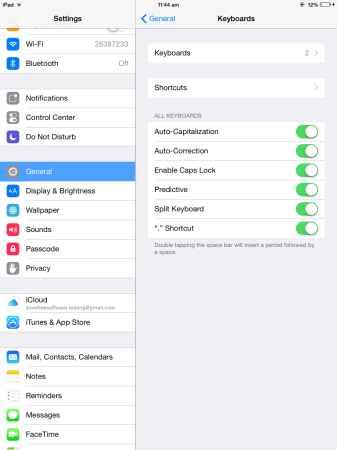 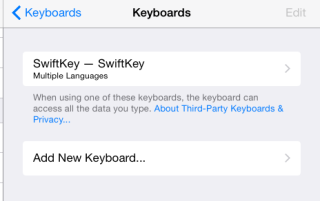 Step 5: Choose SciKey from the list of available keyboards to select it. 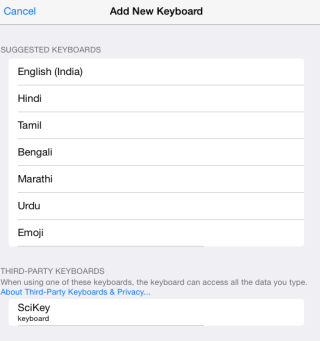 That’s it, you have just enabled the SciKey iPad third party keyboard app. Now to use it, you only have to open any app where you can type. As you know on opening such apps, iPad automatically pops-up the keyboard for you to type as shown in screenshot posted below. 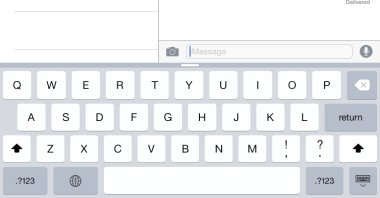 You only have to tap on Globe icon to switch between keyboards until you get SciKey keyboard. It’s interface is shown below. You are ready to use it with any app on your iPad.

SciKey is a good iPad third party keyboard to type scientific character. The scientific characters are very crucial and are not supported by commonly available keyboards. This app saves you from the headache of first finding the character, copying it, and then pasting it in the text. Do give it a try, it’s worth a try.