The best part of the app is that you don’t need to have official Facebook and Twitter app on your iPad. While posting to Facebook, you can choose the privacy settings as Public, Your Friends, or Only Me. While the option of geo-tagging your posts is available for both Facebook and Twitter. 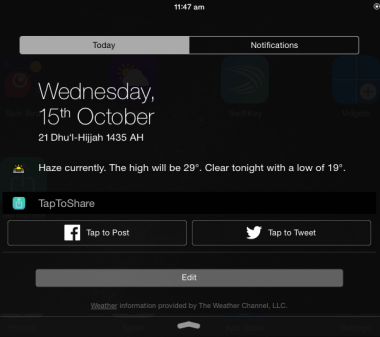 The app is very simple to use but before we jump into working of the app, you need to make sure of one thing. Do make sure that you have your Facebook and Twitter account linked to their respective option under Settings menu.

Once you have done that, you are ready to roll. Launch the app to get interface shown in screenshot posted below. The two big circles are for posting to Facebook and Twitter respectively. 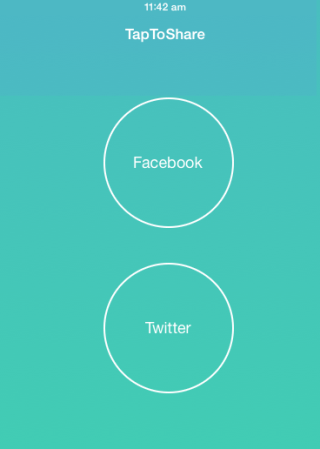 Tap on Settings icon at top right corner. Now, enable the widget option for Tap to Post and Tap to Tweet by toggling the buttons in front of them. 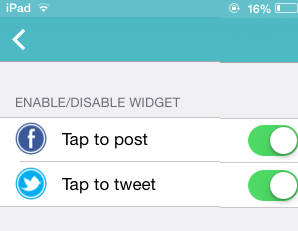 This way, you have configured the app but you still have to configure the notification center by enabling TapToShare app’s widget. If you don’t know how to enable, then click here to read the steps to enable iOS 8 widgets.

On tapping the preferred option, you will get the corresponding interface for sharing your thoughts along with option for location settings and privacy settings. Set them as per your need and tap on Post to share.

TapToShare is an awesome iOS 8 widget to post to Facebook, Twitter via Notification Center. I really used to love this feature on iOS 6 but missed it on iOS 7 and iOS 8. Now with this widget, I have got back this feature. Do give it a try.