This translation plugin for MS Word is provided by Microsoft itself and it uses Microsoft’s online translation service. Please note that you can only use this Word translator plugin with Word 2013 or later version on Windows. It also supports Word 2016 for Mac, Word for iPad, and Word Online. It supports languages like Italian, Indonesian, Portugese, and many others. 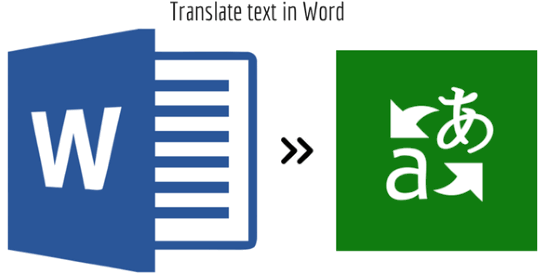 How to use this Office plugin to translate Text in MS Word:

Getting started with this Word translator plugin is quite easy, you can download and install it from the link provided at the end of this review. After that, you can start translating words or text in documents or even complete documents. It adds the option to translate the selected words in the context menu of Word. That means, you can simply select words that you want to translate and then get them translated by this Word plugin. The best part is that you can directly replace the selected text with the translated text. It also gives you the option to copy the translated text to the clipboard.

Let’s now see the steps to translate in Word using this plugin:

Step 1: Once you have installed this word plugin, you can get  started to translate words into other languages. Select the words you want to translate and then select the “Translate” option from the context menu of the Word, as shown in the screenshot below.

So, by these simple steps you can translate text, word, paragraphs, or complete documents using this free translator plugin for Word.

This Translator plugin for MS Word makes the text translation process in MS Word as easy as possible. Just select any text, right click on it, and then choose the language that you want to translate it into. That’s all it takes to translate text. And the best part is that you can do this within the Word document.