Deadly Puzzles Toymaker is a free Windows 10 hidden objects puzzle game app where you play a detective in search of a serial killer and you have to find hidden clues to catch the killer. The only disappointing fact of the game is that it gives you only a few free levels, after that you would be asked to upgrade to a paid version. Just when you start getting into the game, you realize its end of the road for free game.

The Windows 10 hidden objects puzzle game app can be downloaded from the Windows 10 store or from the link given at the end of this article. When you start the game app, you will first be asked for a name to play the role of the detective. This can be seen in the screenshot below. 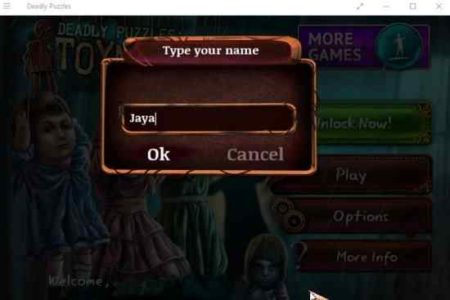 Enter your name to start the game. After this the main home screen of the game will show up like shown in the screenshot below. 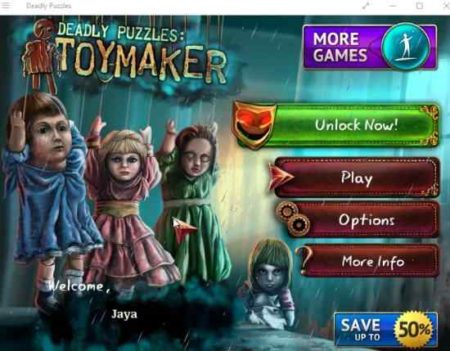 Click the play button to start the game. Now you will be asked to choose a difficulty mode for the game. 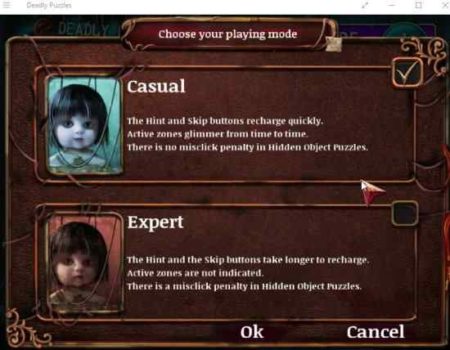 When you proceed with the casual mode, you will be shown a short video of the toymaker in action. Then you will be taken to the detectives office, where there is a big map. You can travel to any location from the map. 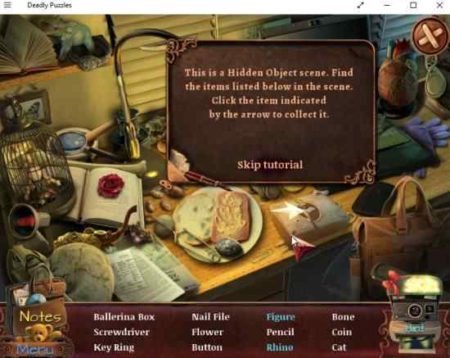 The above screen shows a crime scene, where the detective has to find objects that are listed at the bottom of the screen. To unveil the next clue left by the toymaker, you have to find all the listed items. 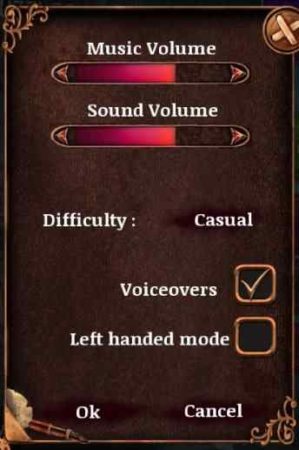 The settings window 0f the game lets you increase or decrease the sound of the game. Apart from that you can even change the playing mode. You can choose to have the voice overs turned on or off.

Deadly Puzzles Toymaker is a really exciting game, where you also get disturbed by the creepy music being played in the background. The music suits the game perfectly, it creates a sought of mystery. The only problem is that there are too few free levels. Some more levels would have been much more fun.